Organizational studies encompass the study of organizations from multiple viewpoints, methods, and levels of analysis. For instance, one textbook[1] divides these multiple viewpoints into three perspectives: modern, symbolic, and postmodern. Another traditional distinction, present especially in American academia, is between the study of "micro" organizational behaviour — which refers to individual and group dynamics in an organizational setting — and "macro" strategic management and organizational theory which studies whole organizations and industries, how they adapt, and the strategies, structures and contingencies that guide them. To this distinction, some scholars have added an interest in "meso" scale structures - power, culture, and the networks of individuals and ie ronit units in organizations — and "field" level analysis which study how whole populations of organizations interact.

Whenever people interact in organizations, many factors come into play. Modern organizational studies attempt to understand and model these factors. Like all modernist social sciences, organizational studies seek to control, predict, and explain. There is some controversy over the ethics of controlling workers' behavior, as well as the manner in which workers are treated (see Taylor's scientific management approach compared to the human relations movement of the 1940s). As such, organizational behaviour or OB (and its cousin, Industrial psychology) have at times been accused of being the scientific tool of the powerful.[citation needed] Those accusations notwithstanding, OB can play a major role in organizational development, enhancing organizational performance, as well as individual and group performance/satisfaction/commitment. 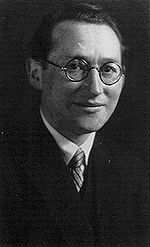 Kurt Lewin attended the Macy conferences and is commonly identified as the founder of the movement to study groups scientifically.

The Greek philosopher Plato wrote about the essence of leadership. Aristotle addressed the topic of persuasive communication. The writings of 16th century Italian philosopher Niccolò Machiavelli laid the foundation for contemporary work on organizational power and politics. In 1776, Adam Smith advocated a new form of organizational structure based on the division of labour. One hundred years later, German sociologist Max Weber wrote about rational organizations and initiated discussion of charismatic leadership. Soon after, Frederick Winslow Taylor introduced the systematic use of goal setting and rewards to motivate employees. In the 1920s, Australian-born Harvard professor Elton Mayo and his colleagues conducted productivity studies at Western Electric's Hawthorne plant in the United States.

Though it traces its roots back to Max Weber and earlier, organizational studies began as an academic discipline with the advent of scientific management in the 1890s, with Taylorism representing the peak of this movement. Proponents of scientific management held that rationalizing the organization with precise sets of instructions and time-motion studies would lead to increased productivity. Studies of different compensation systems were carried out.

After the First World War, the focus of organizational studies shifted to how human factors and psychology affected organizations, a transformation propelled by the identification of the Hawthorne Effect. This Human Relations Movement focused on teams, motivation, and the actualization of the goals of individuals within organizations.

The Second World War further shifted the field, as the invention of large-scale logistics and operations research led to a renewed interest in rationalist approaches to the study of organizations. Interest grew in theory and methods native to the sciences, including systems theory, the study of organizations with a complexity theory perspective and complexity strategy. Influential work was done by Herbert Alexander Simon and James G. March and the so-called "Carnegie School" of organizational behavior.

In the 1960s and 1970s, the field was strongly influenced by social psychology and the emphasis in academic study was on quantitative research. An explosion of theorizing, much of it at Stanford University and Carnegie Mellon, produced Bounded Rationality, Informal Organization, Contingency Theory, Resource Dependence, Institutional Theory, and Organizational Ecology theories, among many others.

Starting in the 1980s, cultural explanations of organizations and change became an important part of study. Qualitative methods of study became more acceptable, informed by anthropology, psychology and sociology. A leading scholar was Karl Weick.

Elton Mayo, an Australian national, headed the Hawthorne Studies at Harvard. In his classic writing in 1931, Human Problems of an Industrial Civilization, he advised managers to deal with emotional needs of employees at work.

Mary Parker Follett was a pioneer management consultant in the industrial world. As a writer, she provided analyses on workers as having complex combinations of attitude, beliefs, and needs. She told managers to motivate employees on their job performance, a "pull" rather than a "push" strategy.

Douglas McGregor proposed two theories/assumptions, which are very nearly the opposite of each other, about human nature based on his experience as a management consultant. His first theory was "Theory X", which is pessimistic and negative; and according to McGregor it is how managers traditionally perceive their workers. Then, in order to help managers replace that theory/assumption, he gave "Theory Y" which takes a more modern and positive approach. He believed that managers could achieve more if they start perceiving their employees as self-energized, committed, responsible and creative beings. By means of his Theory Y, he in fact challenged the traditional theorists to adopt a developmental approach to their employees. He also wrote a book, The Human Side of Enterprise, in 1960; this book has become a foundation for the modern view of employees at work.

Current state of the field

The field is highly influential in the business world with practitioners such as Peter Drucker and Peter Senge, who turned the academic research into business practices. Organizational behaviour is becoming more important in the global economy as people with diverse backgrounds and cultural values must work together effectively and efficiently. It is also under increasing criticism as a field for its ethnocentric and pro-capitalist assumptions (see Critical Management Studies).

During the last 20 years, organizational behavior study and practice has developed and expanded through creating integrations with other domains:

The systems framework is also fundamental to organizational theory as organizations are complex dynamic goal-oriented processes. One of the early thinkers in the field was Alexander Bogdanov, who developed his Tectology, a theory widely considered a precursor of Bertalanffy's General Systems Theory, aiming to model and design human organizations. Kurt Lewin was particularly influential in developing the systems perspective within organizational theory and coined the term "systems of ideology", from his frustration with behavioural psychologies that became an obstacle to sustainable work in psychology (see Ash 1992: 198-207). The complexity theory perspective on organizations is another systems view of organizations.

The systems approach to organizations relies heavily upon achieving negative entropy through openness and feedback. A systemic view on organizations is transdisciplinary and integrative. In other words, it transcends the perspectives of individual disciplines, integrating them on the basis of a common "code", or more exactly, on the basis of the formal apparatus provided by systems theory. The systems approach gives primacy to the interrelationships, not to the elements of the system. It is from these dynamic interrelationships that new properties of the system emerge. In recent years, systems thinking has been developed to provide techniques for studying systems in holistic ways to supplement traditional reductionistic methods. In this more recent tradition, systems theory in organizational studies is considered by some as a humanistic extension of the natural sciences.

In the late 1960's Henry Mintzberg, a graduate student at MIT undertook a careful study of five executives to determine what those managers did on their jobs.. On the basis of his observations, Mintzberg classifies managerial roles into 3 categories 1. Interpersonal Roles 2. Decisional Roles 3. Informational Roles

Theories of decision making can be subdivided into three categories

Motivation the forces either internal or external to a person that arouse enthusiasm and resistance to pursue a certain course of action. According to Baron et al. (2008):[8] "Although motivation is a broad and complex concept, organizational scientists have agreed on its basic characteristics. Drawing from various social sciences, we define motivation as the set of processes that arouse, direct, and maintain human behavior toward attaining some goal"

There are many different motivation theories such as: