The film premiered in Argentina on July 30, 1981, and won 10 awards. It was produced by Héctor Olivera.

A union organizing demolition worker and a friend of his decide to blackmail the corrupt company they work for setting up a fake accident. Bruno Di Torro was supposed to pretend to be Mute, and Pedro Bengoa would corroborate his story. But things don't go as planned and Di Torro loses his life, leaving Bengoa to continue the plan on his own and pretend to be Mute himself. However, the company refuses to let down and it goes to the courts. 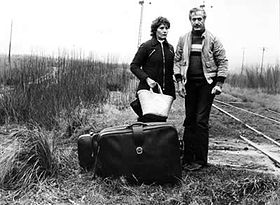