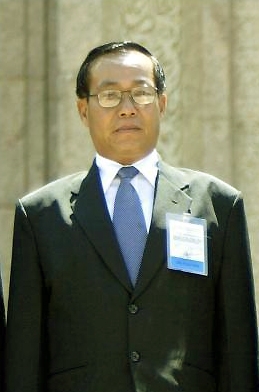 He was known by Burmese groups as "the butcher of Depayin" for his role as mastermind of the 2003 , in which 70 supporters were killed by a government-sponsored mob.

In 1997 he was named Regional Commander and a member of the junta, then called the State Law and Order Restoration Council, or SLORC. In November 2001 he was named Air Defense General of the War Office.

In February 2003 he was promoted to Secretary-2 of the junta, which was vacant after Lieutenant General was killed in a helicopter crash two years before.

Soe Win is widely regarded as the mastermind behind the deadly attack against leader and her supporters in the .Fact|date=October 2007

The same year he accompanied Senior General on state visits to and . Soe Win also signed the order to dismiss Foreign Minister and his deputy in September 2003.

A devout , Soe Win upped the persecution against the predominantly Chin when he was the Northwestern Regional Commander in .Fact|date=October 2007

Soe Win was appointed prime minister by chairman on . Soe Win succeeded , who officially had been "permitted to retire for health reasons", but the reformist-minded premier had actually fallen out of favor with Than Shwe.

As Secretary-1 in the SPDC and prime minister, Soe Win was third in the leadership structure under Senior General Than Shwe and SPDC vice-chairman, Vice-Senior General . A senior member of the SPDC, Soe Win was close to Than Shwe, and the two men saw eye-to-eye on “nation building projects”, which included constructing dams, roads and bridges.

With his appointment as prime minister, he took a tougher line against political reform than did his immediate predecessor, Khin Nyunt. He was quoted as saying in January 2003 "the SPDC not only won’t talk to the NLD but also would never hand over power to the NLD."

In March 2007, Soe Win was admitted to a private hospital in . The government was secretive about the nature of his illness, though it was reported in the media that he was suffering from . He returned to Burma on May 3, 2007, but then returned to Singapore later that month. The Burmese embassy in Singapore said he was being treated for a "serious health matter".

On , in the wake of the anti-government protests, Soe Win returned to Burma. His condition was reported as "very ill" and he was admitted to a military hospital in Mingalardon Township, .

Other sources, however, reported that Soe Win's death was a rumour only, and that he was still alive in the at Mingalardon Hospital.

On , , Mizzima News issued a correction to their report, quoting a family source who said: "He is still in the Mingalardon hospital. But doctors said his condition is critical." [ [http://www.angkor.com/2bangkok/2bangkok/forum/showpost.php?p=17543&postcount=130 Mizzima News Correction apologizes ONLY to readers] , 2Bangkok.com, retrieved 2007-10-09]