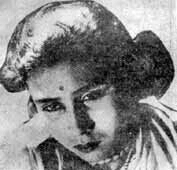 "Indramalati" is the second film, directed by Assam poet . It was released in 1939.

Director Jyotiprasad faced a major financial crisis after his first film "" (1935) failed commercially. He spent more than Rs 50,000 and was in debt in the late 1930s, and was fortunate to be able to gather together just Rs 15,000 to make his dream of making a second film come true. Desperately seeking to compensate the loss he incurred in the making of , he began shooting Indramalati in late 1937. This time, however, he did not use his Chitraban Studio for the outdoor shoot. Instead, he chose the ‘Talbari’ of his family, at Harigaon, two kilometres from Tezpur Mission Chariali. Within seven days, Jyotiprasad completed the outdoor shooting for the picture and often the camera was kept at a fixed point as the sets and artistes kept changing the angles. The film used over 15,000 feet of film reel.

On release in 1939 it was relatively successful, earning in excession of Joymati, aiding Jyotiprasad to go on to direct other films afterwards.

wrote the story of Indramalati, which was a tale of romance. The name of the hero was Indrajit while Malati was the name of the heroine. And significantly, Jyotiprasad was the first filmmaker to introduce the style of movie-making by using the names of the lead pair.

The role of the hero was played by while Raseswari Baruah (Hazarika) was cast as Malati. Acclaimed theatre actor was again drafted in to play one of the significant roles, that of Indrajit’s friend. Even musician Dr Bhupen Hazarika acted in the film and sang Biswa Bijoyee Navajowan at only aged 13. Unlike casting for his first filmi, Jyotiprasad faced comparatively less trouble in finding actors for Indramalati. There were only nine major roles in Indramalati, and besides Manoviram Barua and Raseswari Baruah, the others were Phani Sarma, Thanuram Bora, Lalit Mohan Choudhury, Khargeswar Agarwalla, Kashi Saikia, Bedananda Sarma and Bhupen Hazarika. Other actors who were also in the film included the Rupkonwar himself, Jnanaviram Barua, Mani Lahiri, etc.

After the casting and seven-day outdoor shoot, the eight-member film unit left for where they would shoot for the indoor locations. Sets were built in Arora Studio, , where all the indoor shooting was done. An amazingly short three-day shooting schedule at Arora Studio was followed by the artistes, working hard round the clock.

Indramalati was produced once again under the banner of ‘’ and very much a solo effort in that was the director, , lyricist, music director, , costume designer and editor for the film.

No artistes of Indramalati, like Joymoti, took remuneration. They even participated in the shooting wearing their own clothes. In some scenes, the s even failed to maintain the continuity.