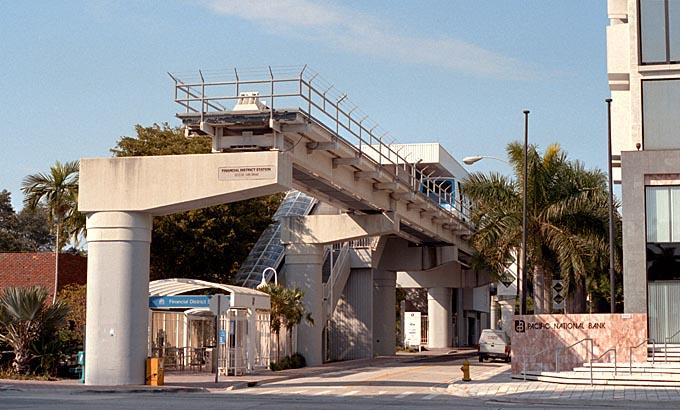 Financial District Station is a Metromover station in the Brickell Financial district of downtown Miami, .

The station opened , . It is located near the intersection of Southeast 14th Street and Brickell Place, which is two blocks west of . This is the southern terminus of the system. The platform is a half-island design with the tracks running along the north end. There is a short tail track running east of the platform which terminates at Brickell Avenue. The station services the southern end of downtown Miami, and with the increasing amount of skyscraper development in the vicinity of the station, it is becoming one of the busiest Metromover stations.