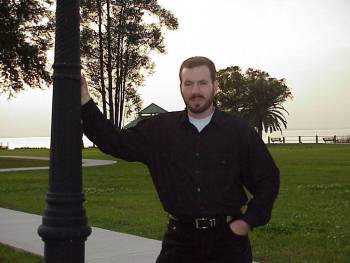 Richard Dean Starr is an American copywriter, editor, and author of fiction and graphic novels whose work has featured characters including , , , , , and , among others. He is also a former journalist and film critic who has written for both newspapers and magazines. In addition to his fiction and non-fiction he is also a leading generalist and expert on small-business marketing.

Starr was born in , , but spent thirteen years in . He recently returned to Los Angeles to pursue a career as a film and . To date, he has worked as a production coordinator and co-producer on three feature films and two short films. In addition to his motion picture work, he was named Special Projects Coordinator for in 2007. Starr recently finished editing "", the first anthology of original short fiction ever authorized by The collection is scheduled for release in May 2008 in both trade and limited signed editions illustrated by , , and .