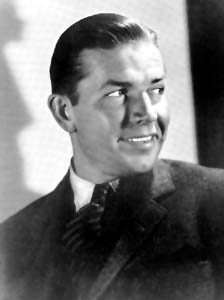 Cabot was born Etienne Pelissier Jacques de Bujac in , to French Colonel Etienne de Bujac and Julia Armandine Graves, who died shortly after giving birth to him. After leaving the University of the South in Sewanee, Tennessee he worked a wide variety of jobs, including sailor and insurance salesman, and doing a stint in a slaughterhouse.

During the course of his career Cabot appeared in almost one hundred features, including "" (1937) with . He made his film debut in 1931 in the movie "Heroes of the Flames". He tested for the lead role of The Ringo Kid in 's popular Western "Stagecoach" (1939). got the role becoming one of the biggest stars in Hollywood history.

Although Cabot was prominently featured in the blockbuster "King Kong" in 1933, he was not able to maintain a career as a lead actor but was a prolific supporting player. He was a villain in the 1930s, playing a gangster boss in "Let 'Em Have It" (1936) and the Native American brave Magua after in "The Last of the Mohicans" (1936), he supported as the leader of a lynch mob in "Fury" (1936). A freelance, he appeared in movies at many studios before leaving Hollywood for military service.

Cabot worked for the overseas during . He was a first lieutenant in the U.S. Air Force and the Air Transport Command Operations Officer in . While there he was implicated by the Army Counter-Intelligence Corps in a gold smuggling ring that shipped gold to [ [http://www.ratical.org/ratville/JFK/USO/chp1_p1.html Chp 1, Part I: 1941-45: Prouty's Military Experiences 1941-1963 ] ] .

Career after the war

Cabot's final film appearance was in the film "Diamonds Are Forever" (1971).

* The character of "Bruce Baxter" in the 2005 remake of King Kong was based on Cabot.
* The 2005 remake includes a dedication to the other two lead actors in the 1933 original, but not to Cabot.