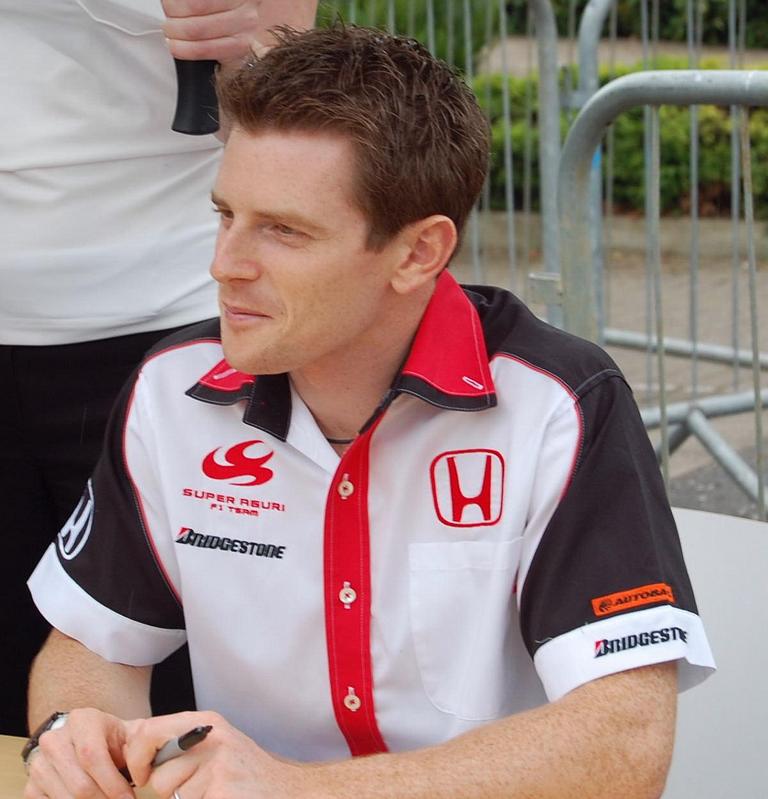 Davidson began in 1987, competing in various British, an and n championships. He won 3 British championships (94, 94, 95) , one Italian championship and was runner-up in the Formula A European championship in 1996. In 1999, he moved to single seater cars, racing s and winning the 1600 cc Kent engine class of the British Formula Ford festival that year.

In 2001, Davidson competed in the British championship with the Carlin team, finishing second overall to teammate . His performance improved throughout the season and he outscored Sato from June until the season's end. He also won the Formula Three , the Spa Masters and the FIA European Cup.

In late 2001, Davidson became the test driver for the (BAR) Formula One team. The following season Davidson started two races for the small team, temporarily replacing regular driver , who the team had decided to suspend after he had failed to qualify for three races. Minardi had originally planned to put in the car, but he proved too tall.

He was not given a chance to race in 2003 and remained as test driver at BAR alongside Takuma Sato. When Sato was promoted to the race team following the departure of , it presented Davidson with the opportunity to become third driver. This was especially useful in 2004 as BAR were able to run a third car in Friday morning testing, which became Davidson's duty. He frequently impressed with his pace, although some have questioned the validity of these times as a raw indicator due to the lack of need to conserve the car in the way race drivers Sato and did.Fact|date=December 2007

In November 2004, BAR announced that it had failed to come to an acceptable contractual agreement with the Williams team to allow Davidson to drive for Williams in 2005 because Williams would not agree to his unconditional "repatriation" to BAR in 2006.Fact|date=December 2007 Given BAR's long-term contract on Davidson, his chance of securing a race seat for 2005 was therefore called into serious doubt. He was given the opportunity to fill in for an unwell Sato at the , but his engine expired just two laps into the event.

In 2006 Davidson resumed his role as test driver for BAR, now owned by Honda and renamed . As BAR had failed to be one of the top four constructors the previous season Honda were able to run a third car on Friday, giving Davidson a bigger role than in 2005. Having previously done some radio commentary work for , in 2006 he made his debut as a television commentator, standing in for the absent for at the Hungarian Grand Prix, which was won by Jenson Button and the Honda team. In 2008 Davidson returned to Honda as test driver for the testing at Spain's whilst Honda test driver was racing at Le Mans. [ [http://news.bbc.co.uk/sport1/hi/motorsport/formula_one/7450468.stm BBC SPORT | Motorsport | Formula One | Davidson returns as Honda tester ] ]

At the Davidson was running third when his car struck a on the straight before the pits, ultimately putting him back to 11th place and ending his bid for his first career points. At the Hungarian Grand Prix Davidson's rear suspension was broken during a collision with , which forced him to retire. Davidson finished the season in 23rd place having scored no points.

Amid financial problems which threatened their continued participation in Formula One, Super Aguri retained Davidson alongside team-mate Sato for F1|2008. However, on Super Aguri withdrew from the Championship leaving Davidson without a race seat. He has since been heard as a co-commentator on selected Grands Prix for .

On Davidson married his girlfriend Carrie in , . The couple live in . His brother Andrew Davidson appeared in the first series of "Big Brother" in the UK and his younger brother Ian Davidson was British champion in HPI challenge stock nitro 1/10th scale in 2001.