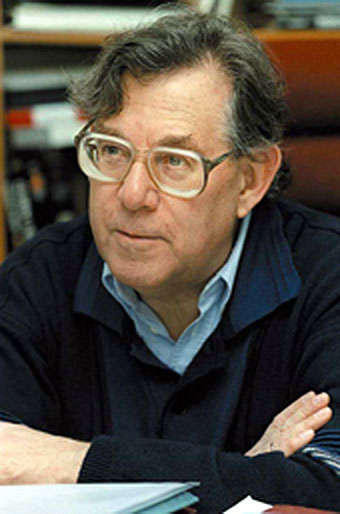 Crutzen is best known for his research on . He lists his main research interests as "Stratospheric and tropospheric chemistry, and their role in the biogeochemical cycles and climate". [cite web|url=http://www.mpch-mainz.mpg.de/%7Eair/crutzen/interest.html|title=www.mpch-mainz.mpg.de/%7Eair/crutzen/interest.html ] He currently works at the Department of Atmospheric Chemistry at the , [cite web|url=http://www.atmosphere.mpg.de/enid/2.html|title=www.atmosphere.mpg.de/enid/2.html ] in , and the at the . He was also a long-time at Georgia Tech and at the department of Meteorology of the , Sweden. [cite news|first=Greg|last=Keisel|url=http://technique.library.gatech.edu/issues/fall1995/nov17/campus3-s.html|title=Nobel Prize winner at Tech|work=|date=1995-11-17|accessdate=2007-05-22]

In 2000, in Newsletter 41, Crutzen and , to emphasize the central role of mankind in geology and ecology, proposed using the term for the current geological epoch. In regard to its start, they said:

: "To assign a more specific date to the onset of the 'anthropocene" seems somewhat arbitrary, but we propose the latter part of the 18th century, although we are aware that alternative proposals can be made (some may even want to include the entire ). However, we choose this date because, during the past two centuries, the global effects of human activities have become clearly noticeable. This is the period when data retrieved from glacial ice cores show the beginning of a growth in the atmospheric concentrations of several 'greenhouse gases", in particular CO2 and CH4. Such a starting date also coincides with 's invention of the in 1784." [cite web|url=http://www.mpch-mainz.mpg.de/~air/anthropocene/|title=www.mpch-mainz.mpg.de/~air/anthropocene/ ]

Steve Connor, Science Editor of the "Independent", wrote:
*Professor Paul Crutzen, who won a Nobel Prize in 1995 for his work on the hole in the ozone layer, believes that political attempts to limit man-made greenhouse gases are so pitiful that a radical contingency plan is needed.
*In a polemical scientific essay that was published in the August 2006 issue of the journal Climatic Change, he says that an "escape route" is needed if global warming begins to run out of control. [cite web|url=http://www.springerlink.com/content/t1vn75m458373h63/fulltext.pdf|title=www.springerlink.com/content/t1vn75m458373h63/fulltext.pdf |format=PDF]
*Professor Crutzen has proposed a method of artificially cooling the global climate by releasing particles of in the upper atmosphere, which would reflect sunlight and heat back into space. The controversial proposal is being taken seriously by scientists because Professor Crutzen has a proven track record in atmospheric research. [cite web|url=http://news.independent.co.uk/environment/article1205975.ece|title=news.independent.co.uk/environment/article1205975.ece ]
*In January 2008, Crutzen published findings that the release of (N2O) emissions in the production of mean that they contribute more to global warming than fossil fuels. [cite web|url=http://www.atmos-chem-phys.net/8/389|title=N2O release from agro-biofuel production negates global warming reduction by replacing fossil fuels]

Crutzen was also a leader in promoting the theory of .