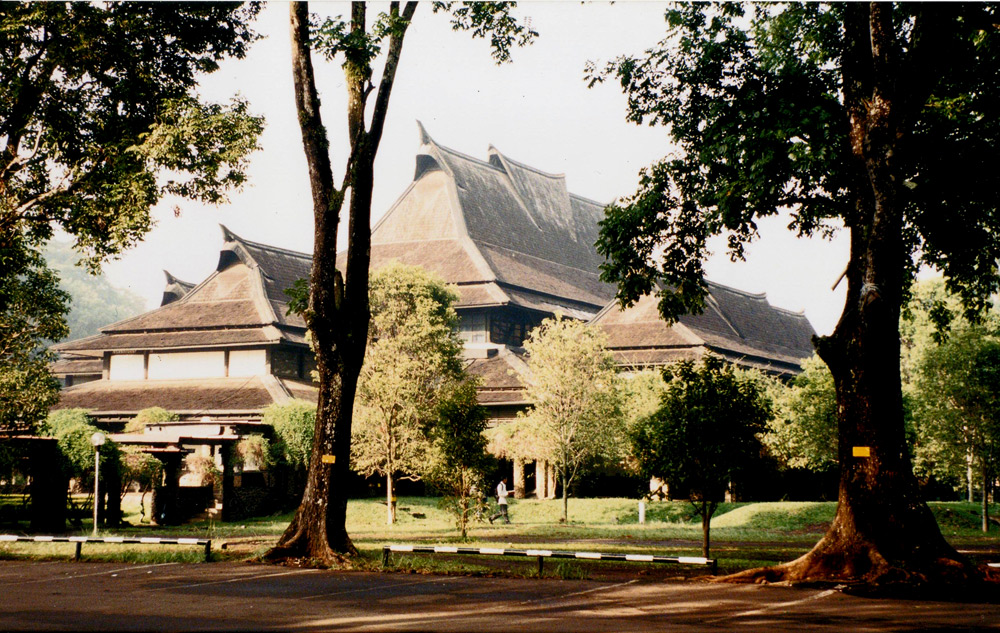 The University prides itself on its reputation as one of the country's centers of excellence in science, technology, and art,Fact|date=June 2007 and was considered the top choice among Indonesia's high school students in 2006.

Indonesia's first president, , earned his engineering degree in (concentrating in ) in the 1920s.

The university cultivates professional and social activities by supporting its s, the student government councils that exist in every department. Each students' union has its own distinctly designed jacket that, among other traditions, serves as part of its member identity. There are also a number of student activity units/clubs supporting ITB student interests in rounding out their educational experience. It is not uncommon that the students and alumni are identified by the clubs to which they belong (or used to belong) at ITB, in addition to their class year and major.

The university is a member of , an international network of leading universities in and exchanging students and senior scholars.

ITB traces its origin to "de Technische Hoogeschool te Bandung (THB)" established by the Dutch colonial administration to meet the needs of technical resources at its colony in the region now known as Indonesia. When the school opened its door for the first time on July 3, 1920, it had one department namely 'de Faculteit van Technische Wetenschap' with only one academic major of 'de afdeeling der Weg en Waterbouw'. Later ITB became part of the Faculty Engineering of the (UI) in after in 1945. In March 2 1959 ITB was officially chartered as a separate academic entity by the government of Indonesia.

The ITB main campus, to the north of the downtown Bandung, and its other campuses, cover a total area of 770,000 square meters.

Students and faculty housing, and administrative headquarters are not on the main campus but are within easy reach. Facilities on the campus include book shops, a post office, student cafeteria, and medical clinic. The architecture of ITB is a fine mixture of the traditional and the modern, and the beauty of the buildings is enhanced by the surrounding lawns and gardens.

In addition to lecture rooms, laboratories, workshops and studios, ITB has an art gallery, sports facilities and a student activities' center. Also near the campus is the Salman Mosque for worship and religious activities of the ITB Muslim community. For implementation of academic and research activities there are seven academic support facilities, namely, the Central Library (with approximately 150,000 books and 1000 journal titles) on campus, Sports Center, Language Center, and the (a facility of the Department of Astronomy) in Lembang, 11 kilometers to the north of Bandung.

Admission to ITB is conducted exclusively through (nationwide) entrance examination. Historically ITB has been the most selective University in the nation.

Several national, regional, and global surveys have been conducted to assess the quality of universities. ITB has been among the first choice of college applicants to enter higher education.

In 2000 's Asia's Best Science and Technology Schools survey, ITB was placed in the 21st position (lower than the 1999's rank: 15th). It was, however, ranked 1st in terms of student selectivity.

In a global survey of the Times Higher Education Supplement-Quacquarelli Symonds (THES-QS), released at , ITB was placed on the 258th among other universities around the globe. In terms of web publication quality, in July 2006, placed ITB in the 43rd position of The 100 Top Asian Universities List. [cite news|publisher=Webomatrics|title=World Universities' ranking on the Web: Top Asia|date=July 2006|accessdate=2006-11-04|url=http://www.webometrics.info/top100_continent.asp?cont=asia]

The typical student life in the Institut Teknologi Bandung (ITB) can be categorized into 4 general phases [11] .

At the first phase of the study, which occurred in the first year, the students will not yet pursue courses related to their specific majors. This so called "Tahap Pesiapan Bersama" (TPB) phase, includes general science and education courses such as calculus, physics, chemistry, languages, politics, moral studies, and other few courses that serve as an introduction to the students specific majors. To advance to the second phase, the student will need to obtain a CGPA>2, with all courses' grades of C or better.

In the second and third year, so called the "Sarjana Muda" phase, students pursue courses related to their specific major. Here, a few courses might be offered from other departments due to the needs in providing necessary foundations. For example, in the Chemical Engineering (Teknik Kimia) track, the students will be required to take the Organic Chemistry, Analytical Chemistry, and Physical Chemistry classes from the Chemistry Department.

The final phase (fourth year), so called the "sarjana" phase, is the final phase of which the students pursue a more advanced courses in their related fields, and also a few classes related to introductory management and economical sciences.

The typical daily life of an ITB student, other than taking classes, includes the choice of meals on several university cafeterias. On their free time, some students choose to study in the library, while some others chooses to meet friends whom are associated with similar interests, i.e. student organizations, etc.