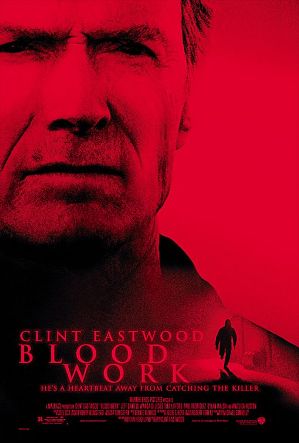 Eastwood won the Future Film Festival Digital Award at the . It is loosely based on the novel by the same name from -winning writer .

(Eastwood) is an ailing veteran agent who's been given a second chance at life by receiving the of a murder victim. Terry is visited by the murder victim's sister (De Jesus), reminding him that he is alive only because of receiving the deceased's heart, and asks him to investigate who killed her. He later finds out that someone is killing people who are registered as s.

Blood Work as a movie franchise is referenced in Michael Connelly's "The Narrows" (2004); McCaleb, after whom a movie is supposedly modelled on (within the book's narrative), is found dead on his boat.