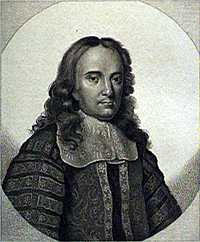 Annesley was born in , to and Dorothy Philipps, daughter of Sir John Philipps, Bt. He was educated at , from which he graduated in 1634 as a ; that year, he was admitted into . Having made the grand tour he returned to Ireland; and being employed by the Parliament in a mission to the duke of Ormonde, now reduced to the last extremities, he succeeded in concluding a treaty with him on , thus securing the country from complete subjection to the rebels. In April 1647 he was returned for to the House of Commons.

He supported the parliamentarians against the republican or army party, and appears to have been one of the members excluded in 1648. He sat in 's parliament for City, and endeavoured to take his seat in the restored of 1659. He was made president of the council in February 1660, and in the sat for borough. The anarchy of the last months of the commonwealth converted him to royalism, and he showed great activity in bringing about the . He used his influence in moderating measures of revenge and violence, and while sitting in judgment on the regicides was on the side of leniency. In November 1660 by his father's death he had become and in the Irish peerage, and on he was created in and in the .

Lord Anglesey supported the king's administration in parliament, but opposed strongly the unjust measure which, on the abolition of the court of wards, placed the extra burden of taxation thus rendered necessary on the excise. His services in the administration of Ireland were especially valuable. He filled the office of vice-treasurer from 1660 till 1667, served on the committee for carrying out the declaration for the settlement of Ireland and on the committee for Irish affairs, while later, in 1671 and 1672, he was a leading member of various commissions appointed to investigate the working of the Acts of Settlement. In February 1661 he had obtained a cy of horse, and in 1667 he exchanged his vice-treasuryship of Ireland for the treasuryship of the navy.

His public career was marked by great independence and fidelity to principle. On he alone signed a protest against the bill "for the encouragement of trade," on the plea that owing to the free export of coin and bullion allowed by the act, and to the importation of foreign commodities being greater than the export of home goods, "it must necessarily follow ... that our silver will also be carried away into foreign parts and all trade fail for want of money." ref|Rogers He especially disapproved of another clause in the same bill forbidding the importation of Irish cattle into England, a mischievous measure promoted by the duke of Buckingham, and he opposed again the bill brought in with that object in January 1667. This same year his naval accounts were subjected to an examination in consequence of his indignant refusal to take part in the attack upon Ormonde ref|Carti; and he was suspended from his office in 1668, no charge, however, against him being substantiated. He took a prominent part in the dispute in 1671 between the two Houses concerning the right of the Lords to amend money bills, and wrote a learned pamphlet on the question entitled "The Privileges of the House of Lords and Commons" (1702), in which the right of the Lords was asserted. In April 1673 he was appointed , and was disappointed at not obtaining the great seal the same year on the removal of Lord Shaftesbury. In 1679 he was included in Sir W. Temple's new-modelled Privy Council.

In the bitter religious controversies of the time Anglesey showed great moderation and toleration. In 1674 he is mentioned as endeavouring to prevent the justices putting into force the laws against the Roman Catholics and s ref|Cal. In the panic of the "Popish Plot" in 1678 he exhibited a saner judgment than most of his contemporaries and a conspicuous courage. On the 6th of December he protested with three other peers against the measure sent up from the Commons enforcing the disarming of all convicted recusants and taking bail from them to keep the peace; he was the only peer to dissent from the motion declaring the existence of an Irish plot; and though believing in the guilt and voting for the death of Lord Stafford, he interceded, according to his own account ref|Memoirs, with the king for him as well as for Richard Langhorne and Oliver Plunkett, Roman Catholic Archbishop of Armagh and .

His independent attitude drew upon him an attack by Dangerfield, and in the Commons by the attorney-general, Sir W. Jones, who accused him of endeavouring to stifle the evidence against the Romanists. In March 1679 he protested against the second reading of the bill for disabling Danby.

In 1681 Anglesey wrote "A Letter from a Person of Honour in the Country", as a rejoinder to the earl of Castlehaven, who had published memoirs on the Irish rebellion defending the action of the Irish and the Roman Catholics. In so doing Anglesey was held by Ormonde to have censured his conduct and that of Charles I in concluding the "Cessation," and the duke brought the matter before the council. In 1682 he wrote "The Account of Arthur, Earl of Anglesey ... of the true state of Your Majesty's Government and Kingdom", which was addressed to the king in a tone of censure and remonstrance, but appears not to have been printed till 1694 ref|By. In consequence he was dismissed on the 9th of August 1682 from the office of lord privy seal.

In 1683 Anglesey appeared at the Old Bailey as a witness in defence of Lord Russell, and in June 1685 he protested alone against the revision of Stafford's attainder. He died at his home at Blechingdon in from quinsy, closing a career marked by great ability, statesmanship and business capacity, and by conspicuous courage and independence of judgment. He amassed a large fortune in Ireland, in which country he had been allotted lands by Cromwell. At his death, his library of books was believed to be the largest English library not in ecclesiastical hands. He was buried at Farnborough, .

The unfavourable character drawn of him by Burnet is certainly unjust and not supported by any evidence. Pepys, a far more trustworthy judge, speaks of him invariably in terms of respect and approval as a "grave, serious man," and commends his appointment as treasurer of the navy as that of "a very notable man and understanding and will do things regular and understand them himself." ref|Diary He was a learned and cultivated man and collected a celebrated library, which was dispersed at his death. Besides the pamphlets already mentioned, he wrote:—"A True Account of the Whole Proceedings betwixt ... the Duke of Ormond and ... the Earl of Anglesey" (1682); "A Letter of Remarks upon Jovian" (1683); other works ascribed to him being "The King's Right of Indulgence in Matters Spiritual ... asserted" (1688); "Truth Unveiled, to which is added a short Treatise on ... Transubstantiation" (1676); "The Obligation resulting from the Oath of Supremacy" (1688); and "England's Confusion" (1659). Memoirs of Lord Anglesey were published by Sir P. Pett in 1693, but contain little biographical information and were repudiated as a mere imposture by Sir John Thompson (Lord Haversham), his son-in-law, in his preface to Lord Anglesey's "State of the Government" in 1694. The author however of the preface to "The Rights of the Lords" asserted (1702), while blaming their publication as "scattered and unfinished papers," admits their genuineness.

Lord Anglesey married Elizabeth, daughter and co-heiress of Sir of Oxey, , by whom, besides other children, he had James, who succeeded him, Altham, created Baron Altham, and Richard, afterwards 3rd Baron Altham. He was also the grandfather of the infamous duellist Charles Mohun.

His descendant Richard, the 6th earl (d. 1761), left a son Arthur, whose legitimacy was doubted, and the peerage became extinct. He was summoned to the Irish House of Peers as Viscount Valentia, but was denied his writ to the parliament of Great Britain by a majority of one vote. He was created in 1793 earl of Mountnorris in the peerage of Ireland. All the male descendants of the 1st earl of Anglesey became extinct in the person of George, 2nd earl of Mountnorris, in 1844, when the titles of Viscount Valentia and Baron Mountnorris passed to his cousin Arthur Annesley (1785-1863), who thus became 10th Viscount Valentia, being descended from the 1st Viscount Valentia the father of the 1st earl of Anglesey in the Annesley family. The 1st viscount was also the ancestor of the Earls Annesley in the Irish peerage.