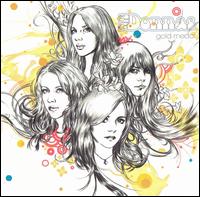 "Gold Medal" is an by American band , released in 2004 (see ). It was one of the first albums released in the format, but was recalled due to a mastering error which resulted in the final track being partially omitted from the CD side of the album. [ [http://www.highfidelityreview.com/news/news.asp?newsnumber=14841702 DVD-Audio News: DualDisc Off to a Shaky Start as Donnas Album is Withdrawn [HFR ] ] The DualDisc version of the album came with a black velvet limited edition cover slip and the music video for "" on the DVD side.

Their single, "Fall Behind Me", was featured as the background song for the new 2006 Xterra and 2006 U.S. Women's Olympic Snowboarding Team TV commercials.

On the bonus DVD of the album, there is a hidden track called "Lost and Found".