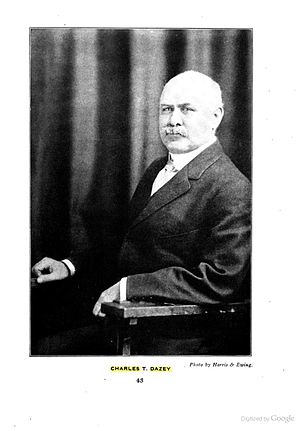 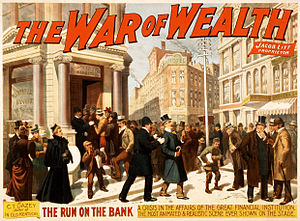 Dazey's 1896 Broadway melodrama The War of Wealth was inspired by the Panic of 1893.

A writer and playwright, Dazey attended the state university in Lexington, Kentucky, and graduated from Harvard in 1881. He edited The Harvard Advocate and was elected poet of his class. While at college his poems were published in The Century Magazine. His comedietta Rustication was produced at the Boston Museum while he was a sophomore.

In 1892 Dazey wrote the libretto for War-Time Wedding, music by Oscar Weil of San Francisco, produced by The Bostonians with Henry Barnabee and Alice Nielsen.

He wrote several plays for Kate Putnam, American King for James O'Neill and The Little Maverick for Maggie Mitchell.

His greatest success, In Old Kentucky, was written for Jacob Litt. For over twenty-six years it had uninterrupted production in America.

After writing for Broadway, he wrote for film including Manhattan Madness for Douglas Fairbanks, The Mysterious Client for Mrs. Vernon Castle and Shifting Sands for Gloria Swanson.

He was a member of the Lambs Club in New York. He married the actress Lucy Harding.