Through the Ashes of Empires

Through the Ashes of Empires 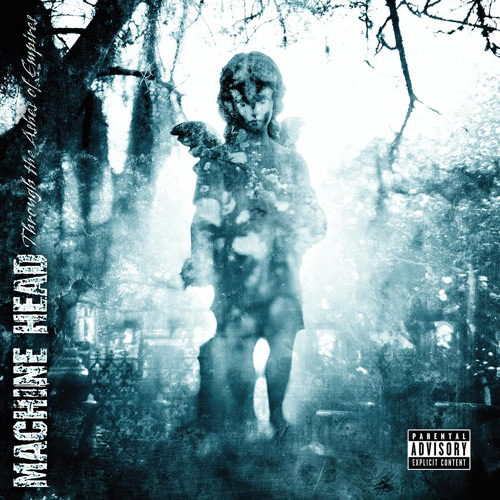 "Through the Ashes of Empires" is the fifth studio by Oakland-based band Machine Head. The release dropped most of the conventions Machine Head used on their previous two albums, and more closely resembled the style of "", their debut. It was released in the UK, Europe and Australia on the Roadrunner Records International label on , . At this stage, Machine Head still did not have an American record deal, having parted ways with Roadrunner Records US after the "Supercharger" album was released. TTAOE was such a success that Roadrunner Records US, in an unprecedented move, quickly offered Machine Head a new contract and the album finally reached North America on , .

A special edition of the album was also released, containing a second CD with early demo recordings of songs "Bite the Bullet", "Left Unfinished", "Elegy", "All Falls Down" and "Descend the Shades of Night", as well as a short video of Machine Head in the studio during the recording of the album. The band discuss the gear they used to record the album as well as various issues relating to it.

The band recorded an additional song: "Seasons Wither" for the North American release of the album as a measure of compensation for the American fans for having to wait so long; it was subsequently released as a on the "Days Turn Blue to Gray" single internationally. According to guitarist , the song also gives an indication of the direction the band would take with their next album, .

The album was written as a three piece band, with only joining to record with them. When commenting on this, vocalist , said::"...when Ahrue quit MH to go join Nickelback wannabes Juggernaut, we made a decision to start writing as a three-piece. We didn't want to go through the whole "try out" process, and see if some new guy would fit." [http://www.lambgoat.com/features/interviews/machine_head.aspx]

The album can be considered an encapsulation of the band at that point, stylistically concompassing all four of their previous works. It has the melodicism of and , the darker, heavier groove of and the sheer aggression of . Lyrically, the album is rooted in stories of personal struggles, triumphs, morbidity, and abuse.

The album has since proved to be a huge success, not only with critics and charts, but also with fans. The album has been well-embraced as an excellent return to form both musically and lyrically. The difficult circumstances under which the album was recorded was documented on their concert DVD Elegies.

[*] = "Seasons Wither" did not feature on the original worldwide release, but was added in the US release to make up for the wait for the album.