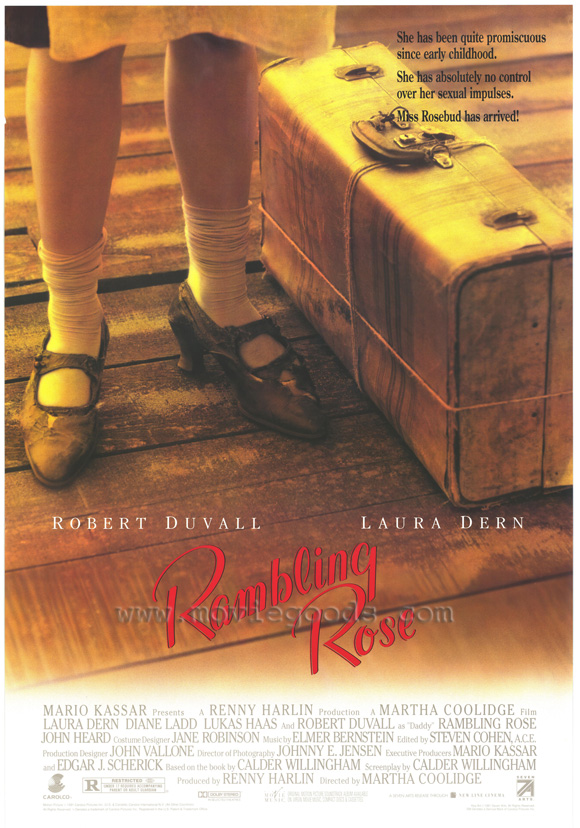 "Rambling Rose" is a 1991 film set in 1930s Georgia starring and . Dern and Ladd in real life are mother and daughter, and both earned nominations for their performances in this film. Executive Producer was . wrote the original novel with the same name in 1972 and later wrote the screenplay for the film.

The film depicts the struggles of Rose (Dern) to stay employed with the Hillyer family and thus avoid the pitfalls of prostitution. As Rose enters the Hillyer family dwelling as a domestic servant, chaos ensues. Rose has a long history of sexual abuse and confuses overt and promiscuous sex with love. She develops a crush on Mr. Hillyer (Duvall) that he manages to resist by citing the example of the Spartans' "thou shalt not pass." Meantime, Mrs. Hillyer, who is working on her doctoral dissertation, and is a pronounced feminist becomes Rose's greatest protector. When Rose turns up sick, it is Mrs. Hillyer who protects her interests as Mr. Hillyer and an unscrupulous Doctor plot to "fix" Rose's sexual problems for good.