Prayer in Christianity is the Christian tradition of communicating with God, either in God's fullness or as one of the persons of the Trinity. The great majority of Christian groups, such as Catholics, Orthodox and many Anglicans, will sometimes pray in union with intercessors,[clarification needed] such as Mary or other saints. In such cases, the ultimate recipient of the prayer is still regarded as God.

Prayer is an important theme in Christianity, and there are several different forms of prayer.[1]

Prayer in the New Testament

Prayer in the New Testament is presented as a positive command (Colossians 4:2; 1 Thessalonians 5:17). The people of God are challenged to include prayer in their everyday life, even in the busy struggles of marriage (1 Corinthians 7:5) as it is thought to bring the faithful closer to God.

Prayer, according to the Book of Acts, can be seen at the first moments of the church (Acts 3:1). The apostles regarded prayer as the most important part of their life (Acts 6:4; Romans 1:9; Colossians 1:9). As such, the apostles frequently incorporated verses from Psalms into their writings. Romans 3:10-18 for example is borrowed from Psalm 14:1-3 and other psalms. 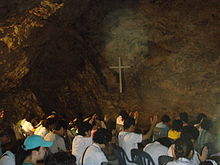 Prayer was frequently found in the gatherings of the early church, offered frequently throughout the worship service with the Lord's Prayer taking its place as the anchor - a common ritual in each gathering.[citation needed]

Elements of the oldest Christian prayers may be found in liturgies such as the Roman Catholic Tridentine Mass which is based on the Liturgy of St James, the Mass of Paul VI, the Orthodox Divine Liturgy, the Anglican Book of Common Prayer, and the Lutheran Book of Worship.

Many denominations that adhere to a liturgical tradition use specific prayers geared to the season of the Liturgical Year, such as Advent, Christmas, Lent and Easter. Some of these prayers are found in the Roman Catholic Breviary, the Liturgy of the Hours, the Orthodox Book of Needs and the Anglican Book of Common Prayer. 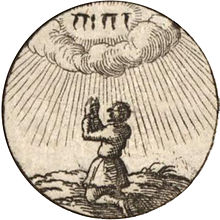 "Scripture does not teach calling on the saints or pleading for help from them. For it sets before us Christ alone as mediator, atoning sacrifice, high priest, and intercessor."—A.C. Article XXI.[2]

Main articles: Communion of Saints and Intercession of saints

The ancient church, in both Eastern Christianity and Western Christianity, developed a tradition of asking for the intercession of (deceased) saints, and this remains the practice of most Eastern Orthodox, Oriental Orthodox, Roman Catholic, and some Anglican churches. Churches of the Protestant Reformation however rejected prayer to the saints, largely on the basis of the sole mediatorship of Christ.[3] The reformer Huldrych Zwingli admitted that he had offered prayers to the saints until his reading of the Bible convinced him that this was idolatrous.[4]

Prayer for the dead

Main article: Prayer for the dead

Orthodox Christians have historically prayed for the dead. The Liturgy of Apostle and Evangelist Mark is currently served annually in some Orthodox churches on the feast day of the Apostle Mark.[citation needed] The Liturgy of James of Jerusalem believed to be written around year 60 A.D. is celebrated once a year by Orthodox Church in Jerusalem (and a few other churches) on the feast day of James, brother of Jesus.[citation needed] Both Liturgies used by Early Church Christians contain prayers for the departed.

The Catholic Church has traditionally employed prayers for the deceased, deriving their justification from the second book of Maccabees (12:38-46). These are mainly used to loosen the suffering of souls believed to be in Purgatory. The most prominent product of prayer for the dead is the Requiem Mass, where the fruits of the prayers said during mass are directed at deceased souls in Purgatory. All souls day (November 2) is another example of Catholics traditionally praying for their dead.

Protestants have historically rejected the notion of prayer for the dead, believing that such prayers are unbiblical and cannot affect the fate of departed souls.

There is no one prayerbook containing a set liturgy used by all Christians; however many Christian denominations have their own local prayerbooks, for example:

This has a more interior character than vocal prayer. In some Christian theology, this type of prayer is intended to help obtain some knowledge and love of God:according to the Catechism of the Catholic Church, "Meditation is above all a quest. The mind seeks to understand the why and how of the Christian life, in order to adhere and respond to what the Lord is asking."[5]

Christian meditation may commence by reading from a holy book of some kind, followed by silent prayer. Some Christians meditate on the condition of Man, or on the life of Jesus.[citation needed] According to the Catechism of the Catholic Church: "Christian prayer tries above all to meditate on the mysteries of Christ, as in lectio divina or the rosary."[citation needed]

Certain physical gestures often accompany prayer, including medieval gestures such as genuflection or making the sign of the cross. Kneeling, bowing and prostrations (see also poklon) are often practiced in more traditional branches of Christianity. Frequently in Western Christianity the hands are placed palms together and forward as in the feudal commendation ceremony. At other times the older orans posture may be used, with palms up and elbows in.

The technical term for speaking in tongues is “glossolalia,” made up of two Greek words, glossa (language or tongue) and lalein (to talk). The word glossa appears in the Greek New Testament not less than fifty times. It is used to refer to the physical organ of the tongue as in James 3:5; once in reference to flames of fire shaped like tongues;[6] at least once in a metaphorical sense when referring to speech as in the statement, “my tongue (speech) was glad (joyous)”.[7]

The only mention of speaking in tongues in the canonical Gospels is in the Gospel of Mark - “And these signs will follow those who believe; In my name they shall cast out demons; they shall speak with new tongues”.[8] However this chapter, Mark 16, is widely considered a later addition to the original text.

Skeptics assert that speaking in tongues is "the ecstatic utterance of emotionally agitated religious persons",[9] and that the phenomenon is unpremeditated and out of their control.

In the early Christian community, glossolalia was apparently quite widespread. This is evident from the apostle Paul's first letter to the church in Corinth, where he refers to speaking "with the tongues of men and of angels".[10] This is commonly assumed to be a reference to glossolalia, implying a belief that 'speaking in tongues' involves genuine language, either human or heavenly in origin. Paul's lengthy discourse in this letter,[11] warning the faithful not to be unbalanced and disproportionate in their use of the phenomenon, implies that it was widely used at least in Corinth.

Evidence for the belief that glossolalia can be a human language may be found in the account of the Day of Pentecost in the Acts of the Apostles. Here we read that a large gathering of Christ's disciples "were filled with the Holy Spirit and began to speak in other tongues as the Spirit enabled them" (New International Version). According to this account, "when they heard this sound, a crowd came together in bewilderment, because each one heard them speaking in his own language". Some claimed that the disciples had drunk too much wine, but Peter rejected this, pointing out that it was only nine in the morning.[12]