Acceptable in the 80s

Acceptable in the 80s 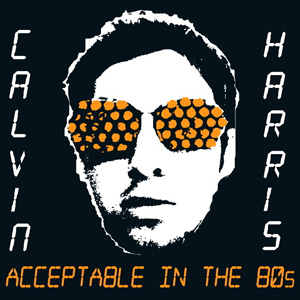 The features many references of the time; the stereotypical large , bright colours and bizarrely, scientists dissecting what appears to be an , products of which are used by a , TV chef, and to heal a grazed knee. The video is directed by Woof Wan-Bau.

The song has been used to advertise the third series of 's , and extensively on E4 as well as celebratory programmes for the tenth birthday of five, the on show boating on and also on . The song became Harris' first hit in the , peaking at the #10 position on the .The song is also used in the video game Dancing Stage Universe, an game which came out in 2007.The song was also used by Editors for a cover on Radio 1's Live Lounge."Acceptable in the 80s" was used as the opening theme for . It is also used in a Norwegian commercial for on Viasat4. In addition, the Canadian telecommunications company has used the song to advertise .The track is also featured prominently in , on the and .