Sure (Take That song)

Sure (Take That song) 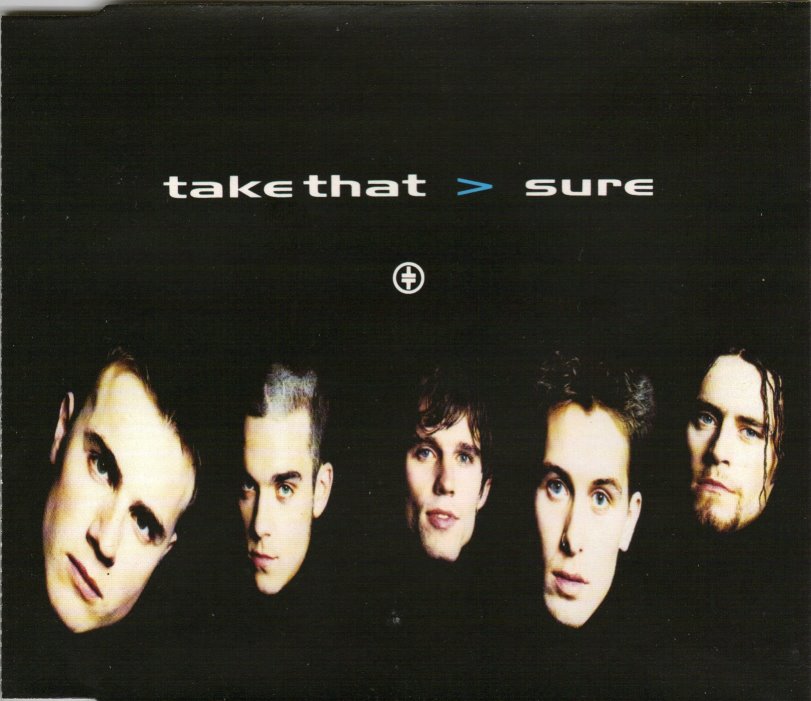 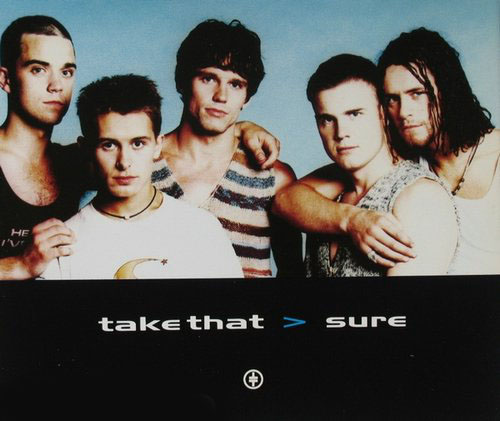 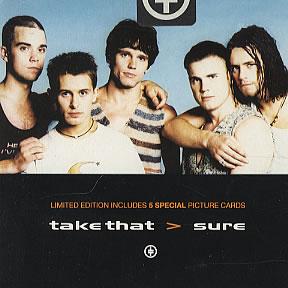 "Sure" is a song by successful British .

"Sure" was the first release from Take That's third album . Released on , it was a departure from their previous singles, having a more American, R&B sound compared to their previous, more pop/dance orientated songs. It was written by Take That's lead singer with contributions from fellow band members and . [1000 UK Number One Singles by Jon Kutner & Spencer Leigh, page 400]

"Sure" was released on Monday 3rd October 1994. Take That's previous single had stalled at #3 after four consecutive number one hits, but "Sure" went straight in at #1 becoming their fifth number one single in all. It remained at the top for two weeks, but dropped quickly thereafter. It was the 42nd best selling single of in the UK, the smallest selling #1 single of the year. [ [http://www.onmc.iinet.net.au/BRIT/uk94.htm] Top 50 UK singles of 1994]