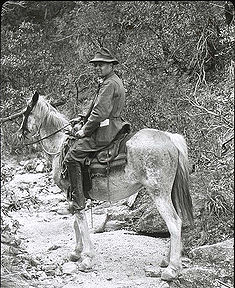 Henry Chandler Cowles (February 27, 1869 - September 12, 1939) was an American botanist and ecological pioneer (see History of ecology). Born in Kensington, Connecticut, he attended Oberlin College in Ohio. He studied at the University of Chicago with the plant taxonomist John M. Coulter and the geologist Thomas Chrowder Chamberlin as main teachers. He obtained his Ph.D. in 1898 for his study of vegetation succession on the Lake Michigan sand dunes. The inspiration to these studies came from reading Plantesamfund by the Danish botanist and pioneer ecologist Eugen Warming.[1][2] The translation of Warming's term into English as "Oecology" led to Cowles becoming one of the primary popularizers of the term ecology in the United States. Cowles studied Danish to be able to read the original[3] and later (1905) visited Warming in Copenhagen. Cowles was one of the founding members of the Ecological Society of America.[4]

One of his field study locations is now named Cowles Bog in his honor; Cowles Bog and nearby dune locations were later preserved for the public as part of the Indiana Dunes National Lakeshore. Cowles Bog is located off of Shore Drive in Dune Acres, Indiana.

The standard author abbreviation Cowles is used to indicate this individual as the author when citing a botanical name.[6]