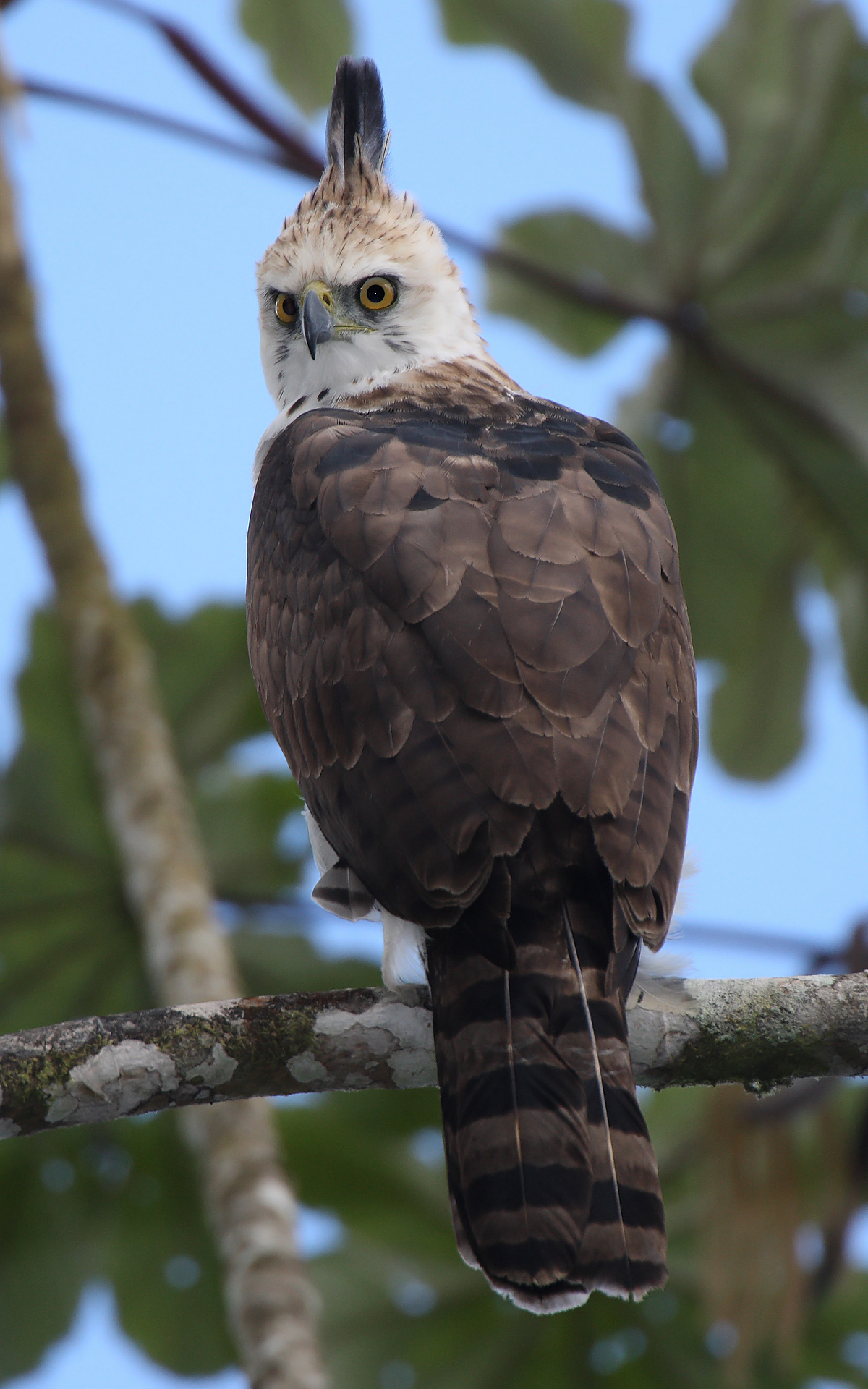 The Accipitridae is one of the two major families within the order (the diurnal birds of prey). Many well-known birds, such as s, s, kites, harriers and s are included in this group. Most, but not all, other raptors belong to the , or falcon family, which is often considered a distinct order, in which case the present group would belong to the order .

The is usually placed in a separate family (Pandionidae), as is the (Sagittariidae), and the s are also usually now regarded as a separate family or order. data [de Boer (1975), Amaral & Jorge (2003), Federico "et al." (2005)] indicated that the accipitrids hitherto analyzed are indeed a distinct group, but whether this group should be considered a family of the Falconiformes or one or several order(s) on their own is a matter of taste.

The accipitrids are a family of small to large birds with strongly hooked bills and variable morphology based on diet. They feed on a range of prey items from s to medium-sized mammals, with a number feeding on carrion and a few feeding on fruit. The Accipitridae have a , being found on all the world's continents (except ) and a number of oceanic island groups. Some species are migratory.

The accipitrids have been variously divided into some 5-10 subfamilies. Most of them share a very similar morphology, but many of these groups contain which are more aberrant. These are placed in their respective position more for lack of better evidence than anything else. It is thus not very surprising that the layout of the accipitrids has always been a matter of dispute.

As mentioned above, the accipitrids are recognizable by a peculiar rearrangement of their . Apart from this, morphology and cytochrome "b" sequence data gives a confusing picture of these birds' interrelationships. What can be said is that the s, kites, s and as presently assigned in all likelihood do not form groups:

According to the molecular data, the Buteoninae are most likely poly- or , with the true eagles, the sea eagles, and the nine hawks apparently representing distinct lineages. These appear to form a group with the , and but the exact relationships between the lineages are not at all robustly resolvable with the present data. The and possibly the are older lineages, as are the Old World vultures. The latter are fairly likely also poly- or paraphyletic, with some aberrant species like the Bearded and s standing apart from the naked-necked "(not so)true" vultures. [Wink "et al." (1996)]

The Accipitridae are a diverse family with a great deal of variation in size and shape. They range in size from the tiny , which is 25 cm in length and weights no more than 100 g, to the Philippine Eagle, which is 1 m in length and which may weight up to 7 kg.

The s of accipitrids are strong, hooked (sometimes very hooked, as in the or ). In some species there is a notch or 'tooth' in the upper mandible. In all accipitrids the base of the upper mandible is covered by a fleshy membrane called the cere which is usually yellow in colour. The tarsi of different species vary by diet, those of bird hunting species like sparrowhawks are long and thin, while species that hunt large mammals have much thicker, stronger ones, and have thick scales to protect from bites.

The the Accipitridae can be striking but rarely utilises bright colours; most birds use combinations of grey, buff and brown. Overall they tend to be paler below, this helps them seem more inconspicuous when seen from below. There is seldom sexual dimorphism in plumage, when it occurs the males are brighter or the females resemble juveniles. In many species juveniles have a distinctly different plumage. Some accipitrids mimic the plumage patterns of other hawks and eagles. They may attempt to resemble a less dangerous species in order to fool prey, or instead resemble a more dangerous species in order to reduce mobbing by other birds. [Negro (2008)] Several species of accipitrid have crests used in signalling, and even species without crests can raise the s of the crown when alarmed or excited. In contrast most of the s possess bare heads without feathers; this is thought to prevent soiling on the feathers and aid in . [Ward "et al"(2008)]

The senses of the Accipitridae are adapted to hunting (or scavenging), and in particular their vision is legendary. The sight of some hawks and eagles is up to 8 times better than that of humans. Large eyes with two provide binocular vision and a "hawk eye" for movement and distance judging. In addition have the largest s of any birds. The eyes are tube shaped and cannot move much in their sockets. In addition to excellent vision many species have excellent hearing, but unlike owls sight is generally the principal sense used for hunting. Hearing may be used to locate prey hidden in vegetation, but sight is still used to catch the prey. Like most birds the Accipitridae generally have a poor sense of smell; even the Old World vultures make no use of the sense, in contrast to the New World vultures in the family .

Accipitrids are predominately s and most species actively hunt for their prey. A few species may opportunistically feed on fruit and in one species, the , it forms the major part of the diet. [ Although not the entire diet. Thomson "et al" 1957] However other animals form the bulk of the diet of most species. Insects are taken exclusively by around 12 species, in great numbers by 44 additional species, and opportunistically by many others. The and s are specialists in consuming s. Bazas and forest hawks in the genus "" may take reptiles from trees whilst other species hunt them on the ground. Snakes in particular are targeted by the snake-eagles ("") and serpent-eagles ("" and "").

Like with most other birds of prey, the record of this group is fairly decent from the latter onwards (c.35 mya), with modern genera being well documented since the , or around 30 mya.

Accipitrids are known since times, or about from 50 mya onwards, in fact, but these early remains are too fragmentary and/or basal to properly assign a place in the . Likewise, as remarked above, molecular methods are of limited value in determining ary relationships of and within the accipitrids. What can be determined is that in all probability, the group originated on either side of the , which during that time was only 60-80% its present width. On the other hand, as evidenced by fossils like "", some 25 mya, accipitrids in all likelihood rapidly acquired a global distribution - initially probably even extending to .