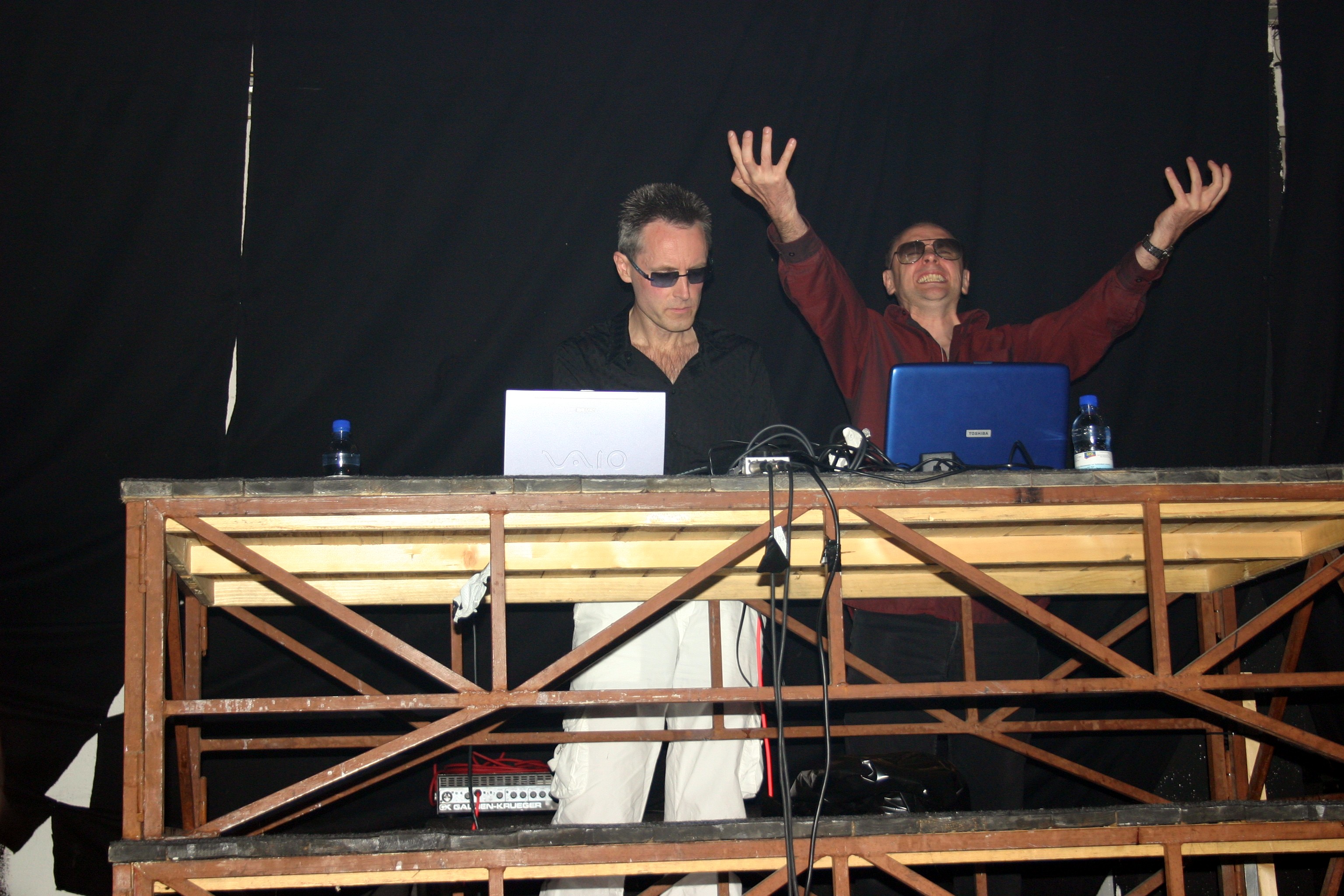 
Whitehouse are an English power electronics band formed in 1980.

The name Whitehouse was chosen both in mock tribute to the British moral campaigner and in reference to a British pornographic magazine of the same name.

The group's founding member and sole constant is William Bennett. He began as a guitarist for . He wrote of those early years, "I often fantasised about creating a sound that could bludgeon an audience into submission." [http://www.susanlawly.freeuk.com/faq/faq.html] Bennett later recorded as Come (featuring contributions from the likes of Daniel Miller and ) before forming Whitehouse in 1980. The group began performing live in 1982.

joined the group in 1982 at the age of 14, after running away from home. He has been a member on and off ever since.

The group was inactive for the second half of the 1980s. A "special biographical note" on the Susan Lawly website states, "All members of Whitehouse went to live outside London for varying reasons and pursued separate lives. There was a feeling in the group that all that could be achieved had been realised." [http://www.susanlawly.freeuk.com/textfiles/ladossier4.html]

Eventually Whitehouse re-emerged with a series of albums produced by renowned American producer , beginning with 1990s "Thank Your Lucky Stars". Albini worked with the band until 1998 when Bennett took over all production duties.

Through the 1990s the most stable line-up was Bennett, Best, and the writer . Sotos left in 2002, leaving the band as a two-piece.

The band had numerous other members in the 1980s including , , Glenn Michael Wallis, John Murphy, Stefan Jaworzyn, Jim Goodall, and Andrew McKenzie, though many of these participated only at live performances, not on recordings.

Whitehouse specialise in what they call "extreme electronic music". They are known for their controversial lyrics and imagery, which portray sadistic sex, misogyny, serial murder, eating disorders, child abuse, and other forms of violence and abjection.

Whitehouse emerged as earlier U.K. "industrial" acts such as and SPK were pulling back from noise and extreme sounds and making their music more conventional. In opposition to this trend, Whitehouse wanted to take these earlier groups' sounds and fascination with extreme subject matter even farther. In doing so, they drew inspiration from some earlier experimental musicians and artists such as , , and as well as writers such as .

In the early 90s the band phased out the analog equipment responsible for this sound, relying instead on computers. Since 2000 they began incorporating percussive rhythms, sometimes from African instruments such as djembes and doundouns. The blunt, terse vocals of the band's formative years has also been replaced on recent albums with an extended, far more verbally complex and psychologically probing style (reflecting, on some tracks, Bennett's interest in ).

Whitehouse are a key influence in the development of "noise" as a musical genre in Europe, Japan, the U.S., and elsewhere. The early music of Whitehouse is often credited with pioneering the power electronics (a term founder William Bennett himself coined on the blurb to the "Psychopathia Sexualis" album) and noise genres.

Despite fierce resistance from panel members such as ,Fact|date=June 2007 the band's 2003 album "Bird Seed" was eventually given an 'honourable mention' in the digital musics category of Austria's annual awards. [ [http://www.aec.at/en/archives/prix_archive/prix_year_cat.asp?iProjectID=9581&iCategoryID=9555 ARS Electronica ] ]

Live and other releases