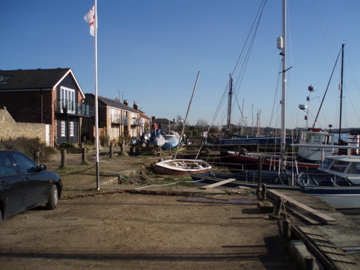 Forest Park is a municipal and public park in the (West Hills) west of downtown . It is the largest reserve in the United States.

As early as the 1860s, civic leaders sought to create a natural preserve in the woods near Portland. Landslides in this part of the West Hills induced settlers to abandon their property or to give land to the city, which gradually acquired the acreage for a park. Formal dedication of convert|4200|acre|km2 for Forest Park in 1948 made it one of the largest city parks in the U.S. In 2007, put the park in 19th place in size among parks of any sort located within U.S. cities.

More than 112 bird species and 62 mammal species are found in the park. The Audubon Society of Portland has an adjacent wildlife sanctuary covering convert|143|acre|km2|1, which includes more than convert|4|mi|km of trails, a wildlife care center, avian exhibits, and a retail store.

Prior to settlement by s of the West Hills, the land that became known as Forest Park was covered by a forest. By 1851, its acreage had been divided into donation land claims filed by settlers with plans to clear the forest and build upon the property. After logging, the steep slopes and unstable silt loosened by heavy rains caused landslides that defeated construction plans, and claims were defaulted or donated to the city. [Houck, p. 117] Civic leaders beginning with the Reverend Thomas Lamb Eliot, a minister who moved to Portland in 1867, sought to create a natural preserve in the woods that eventually became Forest Park. By 1899 his efforts led to the formation of the Municipal Park Commission of Portland, which in 1903 hired the highly-regarded to prepare a plan for the park. They recommended that the city acquire West Hills property to develop a wooded public park. Trails in the park and elsewhere in the city were to form a trail system which later became known as the .

In 1897, a convert|30|acre|ha|adj=on tract along Balch Creek Canyon was donated to the city and later became Macleay Park, a part of Forest Park. [Houck, p. 117] In the 1890s, Frederick Van Voorhies Holman, a Portland lawyer and a president of the , proposed a gift of convert|52|acre|0 that was added to the park in 1939 when his siblings, George F. and Mary Holman, completed the donation. After a feasibility study by the City Club of Portland in 1945, civic leaders supported the project, and convert|4200|acre|km2 were formally dedicated as Forest Park on September 23, 1948. Forest Park is the largest reserve in the U.S.

Forest Park is among the largest city parks in the United States. In 2007, put the park in 19th place with convert|4317|acre|km2|0, slightly smaller than its 2008 total of about convert|5100|acre|km2. The trust’s list included state parks, national parks, county parks, regional parks, national wildlife refuges, as well as municipally-owned parks as long as they were in cities. in , was in first place with convert|495996|acre|km2|0. The 15 biggest parks on the list all had more than convert|5500|acre|km2.

In the mid-1990s, about one percent of the total vegetation in the park consisted of grasses, , , and in sections of the forest cleared two to five years earlier. Another two percent had reached the shrub stage, between three and thirty years old, with small trees dominated by such plants as , salmonberry, and . Forest areas 10 to 30 years old that contained tall alder and maple trees and smaller conifers accounted for about 20 percent of the park. [Houle, pp. 16&ndash;23]

Larger areas were occupied by forests in which conifers had grown taller than the alders and maples. About 50 percent of Forest Park consists of these areas, which are between 30 and 80 years old and in which Douglas-firs have begun to dominate. Another 25 percent of the park contains forests dominated by middle-aged conifers, 80 to 250 years old. In these areas, red alders, which live for about 100 years, have begun to die, and the Douglas-firs, which can live for 750 years, attain heights up to convert|140|ft|m. Under the big trees are shade-tolerant trees such as western red cedar, western hemlock, and grand fir and smaller plants such as , vine maple, and . [Houle, pp. 16&ndash;23]

The last forest stage, old growth, is reached after 250 years and includes many s, downed and dead trees, and fallen logs. Timber-cutting and fires reduced old growth in Forest Park to "almost nothing" [Houle, pp. 16&ndash;23] by 1940, and most of the forest has not yet attained this stage. Patches exist near Macleay Park and further west near Germantown Road and Newton Road. [Houle, pp. 16&ndash;23]

Wildlife in Forest Park is strongly affected by contiguous tracts of nearby habitat that make the park accessible to birds and animals from the valley, the Coast Range, the Willamette River, Sauvie Island, the Columbia River, and the , lowlands.

Pressure from habitat loss, pollution, hunting, and urban development has reduced or eliminated the presence of large predators such as wolves, bears, and wild cats and has led to increased numbers of small predators such as s and s. Roads in the area severely hamper the movement of large animals. Invasive plant species such as English ivy have made the habitat more simple and less supportive of native insects and the salamanders and other amphibians that feed on them.

More than convert|70|mi|km of trails and firelanes cut through the park, which resembles a tapered rectangle about convert|8|mi|km long and less than convert|1|mi|km wide at its southeastern end near the center of the city and about convert|2|mi|km wide at its northwestern end. Most Forest Park trails are open only to hikers and runners, but several roads and firelanes are open to bicycles or horses or both.

The longest trail in the park is the Wildwood Trail, convert|27|mi|km of which is in the park. It is also the longest section of the , a trail network of roughly convert|150|mi|km reaching many parts of the Portland metropolitan area. [Houck, p. 110] The trail runs southeast to northwest from trail marker 0 in Washington Park to Northwest Newberry Road, just beyond trail marker 30 on the ridge above the southeastern end of Sauvie Island. The straight-line distance from beginning to end is about convert|9|mi|km, but because the trail includes many traverses along the canyon sides of small streams, it is convert|30.2|mi|km| long. Of this total, the first convert|3|mi|km lie outside Forest Park.

The trail begins in Washington Park near the , a light rail stop, the , the and the . Blue diamonds placed about convert|6|ft|m above the ground appear on trees along the trail every convert|0.25|mi|km. The diamonds and the mileage markers above them are visible to hikers traveling in either direction on the path. In its first convert|5|mi|km, the trail passes near the , , the Portland Audubon Society wildlife sanctuary, and the Stone House in Canyon.

Other roads and trails