The Deseret News is a newspaper published in Salt Lake City, Utah, and is Utah's oldest continuously published daily newspaper. It has the second largest daily circulation in the state behind The Salt Lake Tribune. The Deseret News is owned by Deseret News Publishing Company, a subsidiary of Deseret Management Corporation, which is a for-profit business holdings company owned by The Church of Jesus Christ of Latter-day Saints.

The newspaper is printed by Newspaper Agency Corporation, which it co-owns with the Kearns-Tribune LLC, a fully owned subsidiary of Media News Group, under a joint operating agreement. As of 2006, combined circulation of the 2 papers was 151,422.[3]

The Deseret News also publishes a weekly tabloid-sized insert, the Church News, and the Mormon Times insert, both of which are included in the newspaper (in the Saturday and the Thursday editions, respectively); the two inserts are also distributed as a separate publication outside of Utah. Church News includes news of the LDS Church and has been published since 1931,[4] while the "Mormon Times" is about "the people, faith and culture associated with the church."[5] Since 1974 the Deseret News has also published the Church Almanac, an annual edition carrying LDS Church facts and statistics edited by Church News staff.

The editorial tone of the Deseret News is usually described as moderate to conservative, and is often assumed to reflect the values of its owner, the LDS Church. For example, the newspaper does not accept advertising that violates church standards. However, it has taken liberal positions on amnesty for illegal immigrants[citation needed] and on CIA secret prisons,[6] as LDS Church leaders have openly censured any type of torture.[citation needed] 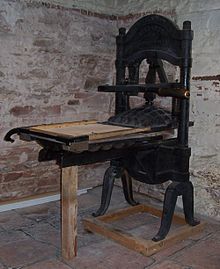 The Deseret News was first published on 15 June 1850. It was named Deseret News because it was the voice of the then State of Deseret.

Originally a weekly paper, the Deseret News became a semi-weekly in October 1865, and was named the Deseret Evening News. That title reverted in 1920 to Deseret News. The paper began publishing as an afternoon daily in 1922 and included its first Sunday edition.

After World War II the Deseret News, The Salt Lake Tribune and the Salt Lake Telegram were all struggling financially, but no more than the Deseret News. In 1952 the owners of the News (LDS Church) and Tribune (Thomas Kearns Family) entered into a joint operating agreement (JOA), where each published separate editorial material while sharing printing, advertising and circulation costs. This JOA was the brainchild of Tribune Publisher John F. Fitzpatrick who helped LDS President David O. McKay ensure the continuation of the Deseret News. As its architect, Fitzpatrick knew that this NAC arrangement would also benefit the Tribune. The News stopped Sunday publication for several years; subscribers received a Sunday Tribune instead. The Deseret News also purchased the afternoon Salt Lake Telegram from the Tribune. The Telegram was discontinued, and into the mid-1960s, the afternoon paper's nameplate read: The Deseret News and Salt Lake Telegram.

Deseret News reporter Robert Mullins won a Pulitzer Prize in 1962 for local reporting "for his resourceful coverage of a murder and kidnapping at Dead Horse Point State Park."

The online edition of the paper, DeseretNews.com, was launched in Sept. 1995.[7]

The newspaper moved into its newly constructed headquarters in downtown Salt Lake City in 1997.

As the twentieth century ended, the Deseret News found itself embroiled in a contentious and often public battle with The Salt Lake Tribune, centered around the terms of their joint operating agreement, the desire of the Deseret News to switch from afternoon to morning publication, and ownership changes at the Tribune. The battle was resolved with the 2000 sale of the Tribune[8] and with the News switching to morning publication and changing its name on 9 June 2003 to the Deseret Morning News.

On 13 April 2008, Joseph A. Cannon announced in a front page editor's note that the name of the newspaper had been changed back to the Deseret News.[9]

In August 2010 the Deseret News announced it would be moving its offices out of the Deseret News Building to the broadcast house in the Triad Center, so they could integrate with KSL's newsroom.[11]

The newspaper's editors included the following:

Summer 2010 saw multiple changes both in leadership and structure at the Deseret News. A new Opinion Editor, Paul Edwards, was appointed. Edwards had previously been provost at Southern Virginia University and earlier a political science professor at Brigham Young University (BYU). Editor Joe Cannon and publisher Jim Wall stepped down.

During the summer of 2010 it was announced that the Deseret News for the first time ever would have a president and CEO; Clark Gilbert was appointed to this position. He was already CEO of Deseret Digital Media.[15]

Gilbert announced the future of Deseret News was leaner, and more online. In August 2010 he announced the layoffs of 85 staffers, 57 full-time and 28 part-time, including some layout designers. It resulted in a reduction of 43% of the paper's entire staff.[16]

On 12 November 2010, Ann Cannon, a columnist who had been with the Deseret News for 7 years but had been let go[citation needed], first appeared as a columnist in The Salt Lake Tribune.[17]

The Deseret News also created an editorial advisory board to work with Gilbert and Edwards; it consisted of people with a broad variety of backgrounds:

Another part of the restructuring of the Deseret News involved the creation of Deseret Connect, a group of about 1000 screened contributors who provide content at little or no charge to the paper.[19]

In May of 2011 the Deseret News launched an expanded business section with Jordan Burke, formerly an editor with Blomberg, as the business editor.[20]

The Online Edition of the Deseret News allows civil comments from those who first register with their name, email plus a screen name and password. Comments are limited to 200 words per comment, and four comments per story. Staff also moderates to prevent publication of comments that are deemed vulgar, uncivil, or personally attacking. [21]