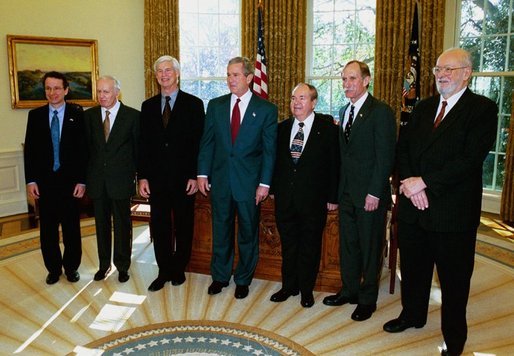 Peter Agre (born , ) is an American medical doctor, professor, and molecular biologist who was awarded the 2003 (which he shared with ) for his discovery of . [cite web | author=Karl Grandin, ed. | title=Peter Agre Biography | url=http://nobelprize.org/chemistry/laureates/2003/agre-autobio.html | work=Les Prix Nobel | publisher=The Nobel Foundation | date=2003 | accessdate=2008-07-29] Aquaporins are water-channel proteins that move water molecules through the cell membrane.

Born in , Agre received his B.A. from in , and his M.D. in 1974 from the School of Medicine in , . He served as the Vice Chancellor for science and technology at in Durham, NC, where he guided the development of Duke's biomedical research. He has been selected to lead the Johns Hopkins Malaria Research Institute (JHMRI). Agre became director at JHMRI and joined the faculty of the Johns Hopkins Bloomberg School of Public Health on January 1, 2008.

Agre is known among science students for his humanity and humility. [cite web | last = McGregor | first = Steve | authorlink = | coauthors = | year = 2005 | url = http://www.utdallas.edu/news/archive/2006/clark-lecture-agre.html | title = Nobel Laureate to Pitch Science as Fun| format = | work = | publisher = U. of Texas - Dallas | accessdate = 2006-06-01] Perhaps this originates from the grade of "D" Agre received in his first chemistry class, despite having a father who was a chemistry professor.

Agre defended , a plague researcher from Texas Tech University who voluntarily reported to the university safety office that 30 vials of plague bacteria were missing and had probably been autoclaved. Butler cooperated with FBI agents, who accused him of lying and arrested him. When Butler refused to plead guilty, federal prosecutors charged him with other charges, some of them unrelated, and he was convicted in a jury trial, lost his medical license, and served 2 years in prison.

In addition to being a founding member of , Agre was one of 48 Nobel laureates who signed a letter endorsing Massachusetts Sen. John Kerry for president.

Agre criticized many policies of the Bush Administration. "The Bush administration has been a disaster for the environment. They're playing Russian roulette by not signing the . If we wait until there's unequivocal proof that this is the cause of global climate change, it will be too late," he said. [cite web|url=http://news.minnesota.publicradio.org/features/2004/10/01_scheckt_science|title=Nobel winner says Bush is politicizing science|last=Scheck|first=Tom|date=2004-10-04|publisher=Minnesota Public Radio|accessdate=2008-06-22]

Agre would emphasize health care and environmental issues rather than the Iraq war. He said, "The issues that were important to us at the millennium are still important today." He also feels that the Senate could benefit from the perspective of a medical scientist. [cite web| title =Nobel Prize-winning scientist considers challenging Coleman| publisher =Minnesota Public radio| date =2007-05-18| url =http://minnesota.publicradio.org/display/web/2007/05/18/agre/| accessdate = 2007-06-04] Then on he announced that he will not enter the race for the Senate seat, calculating his chances of success with a late start to obtain the Democrat-Farmer-Labor Party endorsement against the huge personal cost and the termination of his federally-funded scientific research program and humanitarian service. An advocate for increased representation of science in government, he would not rule out the possibility of seeking public office in the future. [cite web| title =Nobel-winning scientist won't run for Senate| publisher =Minnesota Public Radio| date =2007-08-29| url =http://minnesota.publicradio.org/display/web/2007/08/29/agrenotrunning/| accessdate =2007-08-30]

On , , an editorial article written by Agre appeared in the Minneapolis . In it, he formally withdrew himself from consideration for the US Senate race of 2008, and presented a historical review of select Minnesotans who contributed to human advancement, science and medicine. He excluded his own seminal contribution to the understanding of how water moves across our cells&mdash;something scientists had debated for a century.

Agre issued a call for a "...new century of science". In this editorial he highlighted the absolute paucity of scientists in Congress. He also contemplated the fact that both Germany and China have leaders who are trained research scientists (Germany: , Ph.D., Physical Chemistry; China: , Hydraulic Engineer).