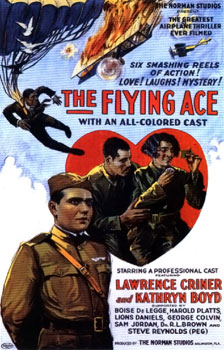 "The Flying Ace" (1926) was an action genre , with an all-black cast, about a flying ace during . This six-reel film including , who played the role of pilot William Stokes. It also starred , who played Ruth Sawtelle. The film was released only a year before "Wings" (1927), the first film to win an Academy Award.