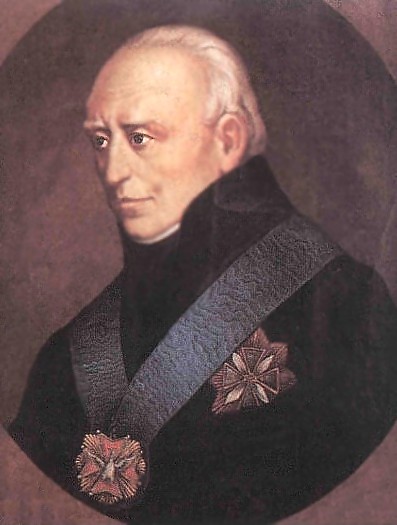 Staszic was born into a burgher family in the town of . He graduated from a Jesuit school in and became a Catholic priest. Between 1779 and 1781 he continued his theological studies in and . He also spent some time abroad between 1790-1791 and 1794-1797.

Due to his burgher origin, he was barred from owning land and holding many official posts in the , but due to the friendship of he got a position of a tutor in the house of the great chancellor, .

Staszic was a strong partisan of reforms and an ardent advocate of the interests of the lower classes, especially the peasants. A physiocrat, monist, pan-Slavist (after 1815) and laissez-fairist, he was a leading supporter of the reforms introduced by the of 1791. He advocated the abolition of the and improvements of the peasants fate (by granting them land and private rights). Founded the (Hrubieszów's Agricultural Society) in 1816, the first Polish .

After the , he organized mining schools, societies of learning, departments of industry and arts. From 1808 he was director of the (or , Towarzystwo Przyjaciół Nauk), predecessor to the (Polska Akademia Nauk). After the fall of the in 1815, he became a member of the Council of State of the successor .

He studied and wrote about and , discovered in , where he initiated the building of a . He was also an active supporter of industrial development in Poland. Between 1816 and 1824, he was "de facto" minister of industry of the Congress Kingdom and began construction of the (""), with steel and zinc mills around and .

He died in Warsaw in 1826. His testament left his property at to its tenants.

His best-known works include:

* "Even a worthy nation can fall, but only a worthless one can perish"
* "People will not work their best until they are [...] owners of their land"