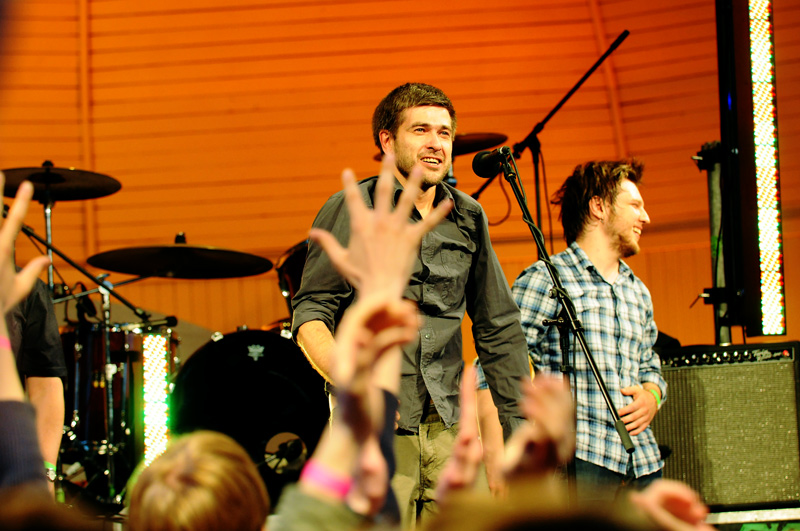 
Splean ( _ru. Сплин) is a popular band. They were formed in 1994 and released their first album in 1994. For nearly twelve years, they have remained one of the most popular rock bands in and the former . The band's name is derived from "spleen" (in meaning "depression"), and "ea" spelling in english is a pun on the spelling of "The Beatles." [ [http://www.splean.narod.ru/letopis_fonar.htm : спЛин :. Пыльная быль / Архив / Наше радио. Программа 'Летопись' (5 декабря 2004 года) ] ] It was borrowed from a 's short poem, which the band reformed into song.

The band was formed when lead singer Alexander Vasilyev, while working in a theatrical institute, was introduced to keyboardist Nikolay Rostovsky. The two formed a band, and risking Vasilyev's job, began recording their first album "Pylnaya Byl" in one of the institute's studios at night. After release of Splean's second album the band moved to Moscow. Their growing popularity was also prowed by 's support. Splean was continually blasting radio charts with songs like "Sugar Free Orbit ", "New People", "Backwards Time", and "We Were Just Sitting and Smoking".

Despite unstoppable rumours that the group is on the verge of breaking up, Vasilyev and Co. continue performing throughout Russia and the world. However, the members are far from static. The band frequently experiments and evolves, so that the current iteration of Splin is quite different from its original format.

In 2004, the band garnered international attention for the inclusion of their song "Be My Shadow" (" _ru. Будь моей тенью") in Sergey Lukyanenko's bestselling novel, "Night Watch".

Splean was a headliner of 2005 Krylya Rock festival. In that same year, the group started recording another album, which was released in February 2007 as "Split Personality" (" _ru. Раздвоение личности"). The single "Tell Her" topped song and video charts on the radio and MTV, and video for this song was awarded for Best Video.