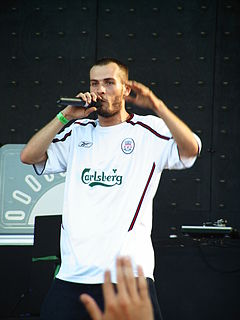 Adam Ostrowski (Polish pronunciation: [ˈadam ɔsˈtrɔfskʲi], born May 15, 1980 in Łódź), better known as O.S.T.R., is one of the most renowned rappers in Poland. Famous for his freestyle rap skills, O.S.T.R. in his works touches on various topics, from joint smoking to current social and political matters. He has been working for the MTV channel. Having graduated music school playing the violin, O.S.T.R. is one of the few Polish rappers who has a musical education.

He featured in the Heineken Open'er Festival in Gdynia, Poland. He performed on the main stage doing his own 2 hour set, and then appeared again the next day with Bloc Party to do a one-off duet.