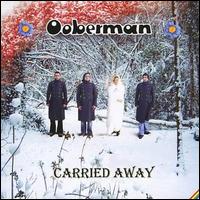 
"Carried Away" is the third album by , released in August 2006 on the band's own label. It was recorded and produced by the band.

The album was released soon after the band's reunion, and features several tracks recorded during the band's hiatus by various members of the band, as well as two which were released before the band's split. "Falling Down" was released on the Japanese issue of "", and "Lavender Blue" was available as a download from the band's website in December 2002. An earlier version of "Bong" was featured on an "official bootleg" pressed by the band, and featured in their live set during their 2003 tour. Two of the tracks were taken from albums by Ooberman side-projects - "Eye of the Storm" from 's "" and "Twinkling Aurora" from 's "The Snow Queen".

Three singles were released from the album - a 7" of The Beauty of Your Soul, and download-only releases of Carried Away and Crashing Ellipticals.

Most of the songs on the album were written by - either alone or in collaboration with . As on "Hey Petrunko", Andy Flett has three sole writing credits. Bassist Steve Flett gets his first writing credit on an Ooberman album for "Go To Sleep", for which he also provides lead vocals. The track is very similar in style to his work under the name.

The album was also released in Japan on the label, with a new track - "Rosie Mel" - replacing "Falling Down", which had already appeared on an earlier Japanese release. Provisional tracklistings of the Carried Away album included this, as well as a cover of "", a song made popular in the early part of the 20th century by . The latter has not yet surfaced on any release.