Concha y Toro (IPSA: CONCHATORO / NYSE: VCO) is the largest producer of wines from Latin America and is one of the global leaders in its field. It is headquartered in Santiago, Chile. 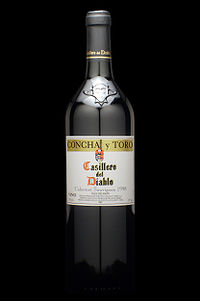 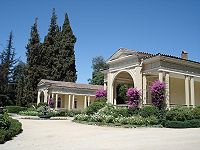 The Concha y Toro Vineyard was founded by Don Melchor de Santiago Concha y Toro and his wife, Emiliana Subercaseaux, in 1883.[2] To start the winery, he brought grape varieties from the Bordeaux region in France.[2] The grapes that he brought were: Cabernet Sauvignon, Sauvignon Blanc, Semillon, Merlot, and Carmenère. The vineyard was incorporated as a stock company in 1923 and shares were sold in the Santiago stock market.[2] Concha y Toro began exporting wine in March 1933 to the port of Rotterdam, Holland. In 1950, the winery began to acquire more vineyards and also began the process of adapting its business to new markets and meeting a higher demand.

In 1971, Eduardo Guilisasti Tagle became Chairman of the Board, who succeeded in expanding the company. In 1987, after partnering with U.S. importer Banfi Vintners, the company started to incorporate more advanced technology in all of its production stages. It also started using small French oak barriques. In 1994, shares of Viña Concha started trading on the New York Stock Exchange.

Not only the origins of Concha y Toro are connected to Chilean nobility and aristocracy. Nowadays the directory of the company is composed by the present Marquess of Casa Concha, a Chilean diplomat and ambassador.[3] In 1999, the company's president Alfonso Larraín Santa María claimed the title of Marquess of Larraín in Spain. Her mother, the current Marchioness, gave Larraín the power to claim the title.[4]

Vineyards and factories of Concha y Toro in Puente Alto, Santiago, are connected by roads with names such as Marqués de Casa Concha or Conde de la Conquista, noble titles connected to the history of the company.

Some of the wine producing regions are shown here.

Concha y Toro bought the California portfolio of wines from Brown-Forman in 2011.