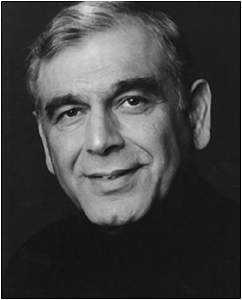 Ismail Merchant (, – , ) was an n-born , best known for the results of his famously long with which included director James Ivory and screenwriter . Their films won six .

Merchant succeeded as an independent producer in Hollywood for more than 40 years. His strength lay in funding his projects, particularly in his ability to produce films for several million dollars less than those of his contemporaries.

Born Ismail Noormohamed Abdul Rehman in , he was the son of Hazra Memon and Noormohamed Haji Abdul Rehman, a Mumbai textile dealer. He grew up bilingual in Gujarati and , and learned Arabic and English at school. When he was 11, he and his family were caught up in the 1947 partitioning of . His father was president of the Muslim League, and refused to move to . Merchant later said that he carried memories of the "butchery and riots" into adulthood.

He studied at [http://www.indobase.com/indians-abroad/ismail-merchant.html] and it was here that he developed his love of film.

When he was 22, he traveled to the to study at , where he earned an MBA. He supported himself by working as a messenger for the and used this opportunity to persuade Indian delegates to fund his film projects. He said of this experience that "I was not intimidated by anyone or anything".

In 1961, he made a short film, "The Creation of Woman". It was shown at the and also received an Academy Award nomination.

In 1961, Merchant and director James Ivory formed the film production company "". Merchant was also Ivory's long-term life partner. Their professional and romantic partnership lasted from the early 1960s until Merchant's death in 2005.

In 1963, MIP premiered its first production, "The Householder", based upon a novel by Jhabvala (she also wrote the screenplay). This feature became the first Indian-made film to be distributed internationally by a major American studio, . However, it wasn't until the 1970s that the partnership "hit on a successful formula for studied, slow-moving pieces ... Merchant Ivory became known for their attention to period detail and the opulence of their sets". Their first success in this style was Jhabvala's adaptation of 's "The Europeans". They won Oscars for "A Room with a View" and "Howards End".

In addition to producing, Merchant directed a number of films and two television features. For television, he directed a short feature entitled "Mahatma and the Mad Boy", and a full-length television feature, "The Courtesans of Bombay" made for Britain’s Channel Four. Merchant made his film directorial debut with 1993's "In Custody" based on a novel by , and starring actor . Filmed in , India, it went on to win National Awards from the Government of India for Best Picture, Best Actor, Best Costume and Best Production Design. His second directing feature, "The Proprietor," starred , , and and was filmed on location in .

Of his partnership with Ivory and Jhabvala, Merchant once commented: "It is a strange marriage we have at Merchant Ivory...I am an Indian Muslim, Ruth is a German Jew, and Jim is a Protestant American. Someone once described us as a three-headed god. Maybe they should have called us a three-headed monster!" [http://www.timesonline.co.uk/article/0,,60-1627804,00.html] .

In 2002, he was awarded the .He was also a recipient of The International Center in New York's Award of Excellence.

He was buried in the in , , on , , in keeping with his wish to be laid to rest with his ancestors.