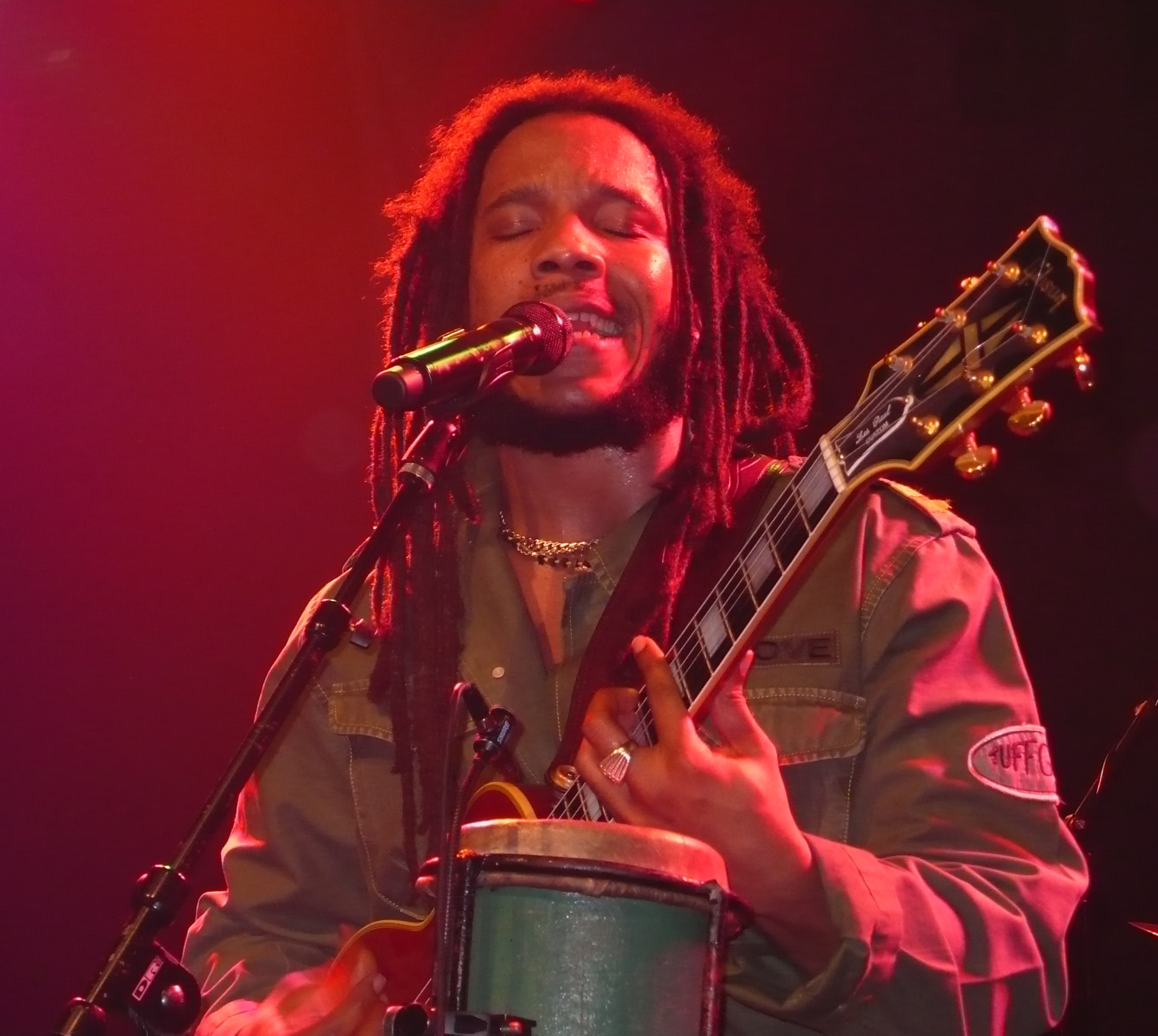 Stephen Robert Nesta "Raggamuffin" Marley (born , in ) is an Jamaican musician and the son of reggae legend and his wife .

Stephen Marley was part of the reggae group with his siblings Ziggy, Cedella, and Sharon. In 1980, at age 8, Stephen took lead vocals on "Sugar Pie", which he also performed live at the 1982 Jamaica World Music Festival in Montego Bay. In 1985 Stephen was featured on a 12" single titled "Jah Is The Healing" (reverse side to "Naah Leggo", a Tuff Gong Jamaican release), and again on "Lord We A Come" from the 1986 Melody Makers release "Hey World". Many tracks feature Stephen DJ/Ragga/Rudeboy toasting in support of Ziggy's lead, including on the track "Unuh Nuh Listen Yet" from "Play the Game Right" (1985). Later tracks featuring Stephen on lead vocal include "A Who A Say," "Problem With My Woman," "What Conquers Defeat," "Rebel In Disguise," "African Herbsman," "Mama," "Tipsy Dazy," "Traffic Jam," "Bygones," "Keep On," "Postman," "Long Winter," "Five Days A Year," "Notice," "Jah Bless", "All Day All Night," "One Good Spliff," and "High Tide or Low Tide."

Stephen produced much of his brother 's three solo albums, most notably 2005's "", where he was featured on the tracks "All Night," "Pimpa's Paradise," "For the Babies," and "Hey Girl." He also produced for brother , and executive produced and performed on the 1999 mash-up, "".

On Monday 19th March 2007 Stephen performed alongside his brother Damian at the Jackie Gleason Theater in a concert that was streamed live via * [http://msnpresents.msn.com/Marleys/artist.aspx?mkt=en-gb/ MSN Music] .

On April 27, 2007, Stephen performed with his brother Damian at the in Indio, CA.

On June 27, 2007, Stephen performed a cover of Paul Simon's Mother and Child reunion on PBS.

On September 2, 2007, Stephen performed with his brother Damian at the Irie Jamboree in Jamaica, NY.

On October 2, 2007, after opening the final 6 shows of the Dave Matthews Band's summer tour, Stephen, 2 members of his touring band, and his brother Ziggy joined DMB on stage for a rare cover of Bob Marley's "Exodus".

On August 2, 2008, Stephen performed with his brother Damian at the in Newport, RI.

* "Winding Road" is a much anticipated song by Stephen Marley that has yet to be released. Originally intended to be included on the "Got Music?" album (now titled "Mind Control"), the song entered into Sirius Reggae Radio's regular rotation while the album was still unreleased. Once the album changed from "Got Music?" to "Mind Control" and Marley began reworking the tracks, the song was dropped. No word from Marley on whether this song will be released.

Stephen currently lives in Miami, Florida, where he has a home and a recording studio called "Lion's Den." He has a large and loving family, to whom he dedicates his life's work. Fact|date=June 2008