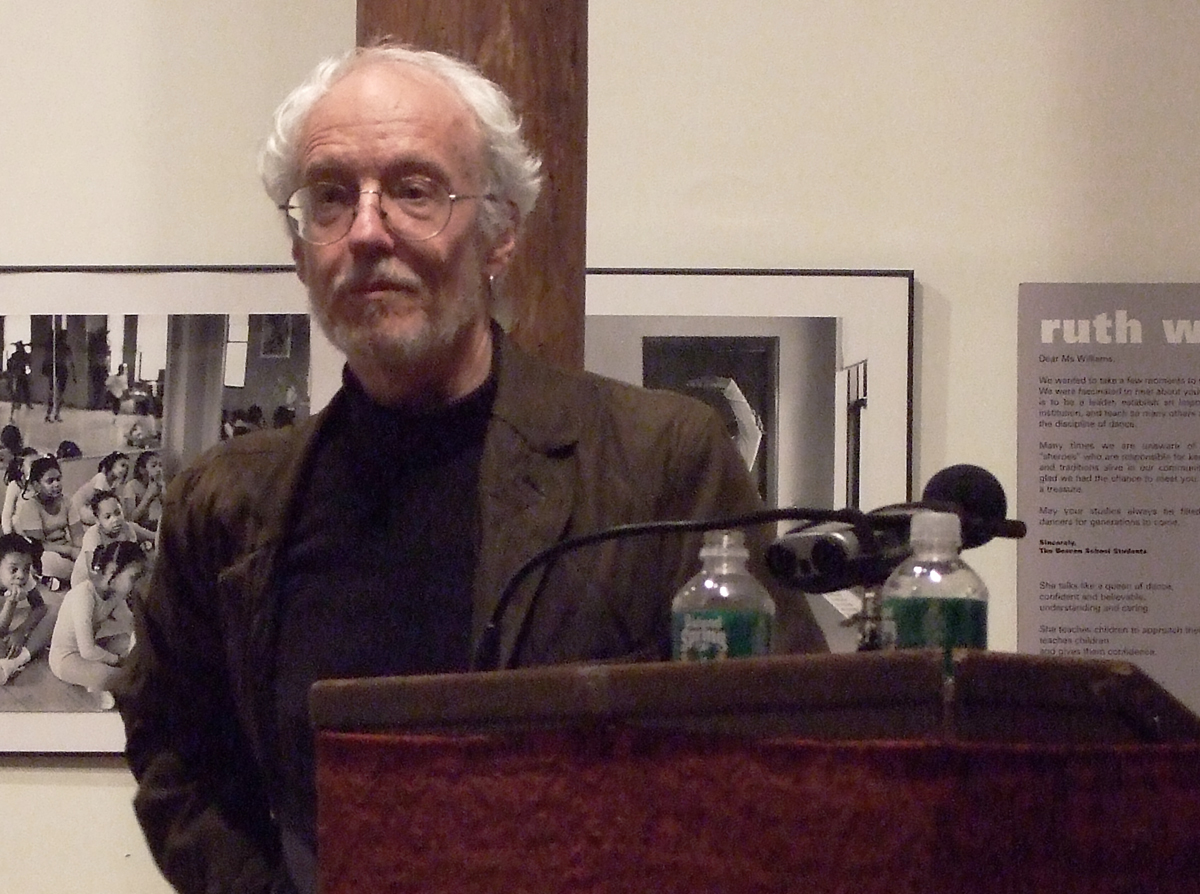 James Morrow (born 1947) is an award-winning . A self-described "scientific humanist", his work not only satirises organized religion but also elements of humanism and atheism. He lives in with his wife, Kathryn Smith Morrow, his son, Christopher, and their dogs. [ [http://www.depauw.edu/sfs/interviews/morrowinterview.htm War of the World-Views: A Conversation with James Morrow] by Fiona Kelleghan.]

Morrow questions not only religious viewpoints but atheistic and humanistic views as well. For example, his novel "Towing Jehovah" includes an extended subplot dealing with the evolution of a character's views on ethics and morality as he faces the idea of a post-theistic world.

His cousin is the journalist .

*"Towing Jehovah" (1994), in which the corpse of (a two-mile long white male with a grey beard, as he has often been depicted) is discovered floating in the . The captain of a supertanker is dispatched by the Vatican on a secret mission to tow the Divine Corpse to a tomb carved out of the ice. A group of atheist extremists plan on destroying the body, as although God is dead, his corpse proves that they were wrong and he existed at some point in time. The book was a winner of the .

*"Blameless in Abaddon" (1996), in which God's body is now part of a religious theme park. A small-town magistrate, who has suffered many personal troubles, including the death of his wife and prostate cancer, decides to literally put God on trial for crimes against humanity. God's defense lawyer is a parody of . Other biblical figures including and appear in this book. "" is a small fictional township in Pennsylvania and an obscure Biblical word for Hell.
*"The Eternal Footman" (1999), in which the absence of God, save for his skull orbiting the , results in a plague of death-awareness.

*"The Wine of Violence" (1981) - First published novel. A space expedition crash lands on an undiscovered planet. Landing in a veritable utopia the survivors discover a dark and viscous secret that is the source of the murky moat that surrounds the walled Utopia and fends off the cannibalistic hordes that threaten its tranquility
*"The Adventures of Smoke Bailey" (1983) - novelization of the computer game "In Search of the Most Amazing Thing".
*"The Continent of Lies" (1984) - Dealing with the future medium of "Dream Apples" entertainment that is eaten so that the experience of the entertainment goes straight into the viewers mind. A "Dream Apple" reviewer is lured into a dark and horrific world akin in many ways to 's
*"This Is the Way the World Ends" (1985) - deals with Nostradamus, a nuclear war, and the trial which sees the survivors of the war prosecuted by "the Unadmitted", or those who would have existed had the Protagonist of the novel never signed away his complicity of the nuclear arms race that lead to
*"" (1990) - in which Jesus' half sister, the daughter of God, is born into contemporary society; a winner of the .
*"City of Truth" (1990) - a dystopian novel about a society (Veritas) in which everyone is conditioned to tell only the literal truth. The story revolves around an art critic whose son is infected by a rare illness after being bitten by a rabbit at "Camp Ditch-the-Kids". The protagonist comes to believe that his son's only hope is for him to come to (falsely) believe that he will recover. With the help of subversives from "Satirev", he must learn how to deceive again.
*"The Last Witchfinder" (2006) - a historical novel in which Jennet Stearne, daughter of England's last Witchfinder General, sets out to end the persecution of witches by proving that witchcraft is not logically possible. The book addresses the shifting of world view from the medieval/renaissance viewpoint to . The story travels from England to America during the late 17th and early 18th century, and features fictional portraits of , , the young , and the . In a metafictional twist, the novel is narrated by Newton's "", which asserts that books are often the authors of other books (albeit with unwitting human assistance).
*"The Philosopher's Apprentice" (2008) formerly titled "Prometheus Wept" - "(taken from Amazon.co.uk book description)" The Philosopher's Apprentice tells the story of Londa Sabachtani, a celebrity saint who is determined to change society for the good - whatever it takes. And whatever it takes includes building a utopian metropolis, hijacking a reconstructed Titanic, and subjecting its wealthy passengers to a very steep learning curve. After crashing and burning during his PhD viva, Mason Ambrose is offered a large amount of money to come to the Isla de Sangre to instruct the daughter of wealthy Edwina Sabachtani. He is to use his skills and knowledge as a philosopher to instil a conscience, a moral compass, in Edwina's daughter Londa following a diving accident which has supposedly destroyed her sense of right and wrong. Mason happily instructs her in schools of thought, from the stoics to the epicureans. But it is when he introduces her to the Beatitudes that the seeds of a rampaging sense of justice are sown and Londa becomes determined that the meek really shall inherit the earth!
*"Shambling Towards Hiroshima" (2009) - In the tradition of Godzilla as both a playful romp and a parable of the dawn of the nuclear era, this original satire blends the destruction of World War II with the halcyon pleasure of monster movies. In the summer of 1945 war is reigning in the Pacific Rim, while in the U.S., Syms Thorley continues his life as a B-movie actor. But the U.S. Navy would like to use Thorley in their top-secret Knickerbocker Project, putting the finishing touches on the ultimate biological weapon: a breed of gigantic, fire-breathing, mutant iguanas. Thorley is to don a rubber suit that will transform him into the merciless Gorgantis and star in a film that simulates the destruction of a miniature Japan—if the demonstration succeeds, the Japanese will surrender, sparing thousands of lives; if it fails, the mutant lizards will be unleashed. Godzilla devotees and history buffs alike will be fascinated by this conspiratorial secret history of a war, a weapon, and an unlikely hero who will have to give the most convincing performance of his life.

* "Sláinte" is a novel authored by a neurologist who lives in Northern Ireland, not by the James Kenneth Morrow discussed here who was born, and still lives, in the USA.