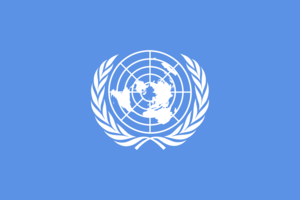 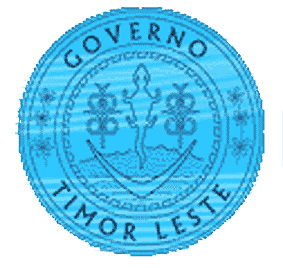 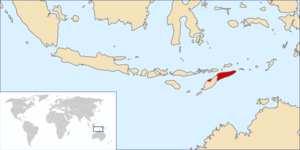 The United Nations Transitional Administration in East Timor (UNTAET) provided an interim civil administration and a peacekeeping mission in the territory of , from its establishment on October 25, 1999

A coalition of nations sent troops to support the peace keeping mission. The forces were led by , which provided the largest contingent and the out of theatre base for operations, supported by , who sent the second largest contingent, and took responsibility for the more volatile southern half of the main border, , whose special forces joined the s on the first day, as well as contingents from , , , , Ireland, , , , , , , the , , , and the . While the supported the transition authority, it did so mainly by underwriting contracts to replace destroyed infrastructure and thus avoided a direct military involvement, allowing the ANZAC led force to take the lead. The United States did, however, deploy a contingent of American police officers to serve with the .

UNTAET was established on , and was abolished on , with most functions passed to the East Timor government. The military and police forces were transferred to the newly created (UNMISET).

A National Consultative Council was established in December 1999 by UNTAET REG 1999/2, [ [http://www.un.org/peace/etimor/untaetR/etreg2.htm United Nations] ] and served as a forum for East Timorese political and community leaders to advise the Transitional Administrator and discuss policy issues. The Council had eleven Timorese members and four international members. A Transitional Judicial Service Commission was also established to ensure representation of East Timorese leaders in decisions affecting the judiciary in East Timor. The Commission was made up of three Timorese representatives and two international experts. [ [http://www.un.org/peace/etimor/untaetR/etreg3.htm United Nations] ] Security was initially provided by the (INTERFET) but was assumed by UNTAET Peace-Keeping Force (PKF) in February 2000. Law and order was maintained by a United Nations Civilian Police Force (CIVPOL) until an East Timorese Police Service was established in April 2000.

In July 2000 the membership of the National Consultative Council was expanded to 36 members including, one representative from each of the 13 districts of East Timor, and the body was renamed the National Council. [ [http://www.un.org/peace/etimor/untaetR/Reg2400E.pdf United Nations] ] All the members were now Timorese and represented the main political parties and religious communities of East Timor. The National Council became a legislature style body and had the right to debate any future regulations issued by UNTAET.

Progress was made in the development of a judicial system with a Prosecutor General's Office and a Defender Service established. District Courts and Court of Appeal were also established.

In September 2000, the Transitional Cabinet approves the establishment of an East Timor Defence Force. The force was formally established in February 2001 [ [http://www.un.org/peace/etimor/untaetR/reg20011.htm United Nations] ] and the guerrilla movement FALINTIL was officially disbanded with many of its members joining the new force.

A voter registration process was completed during this period and preparations were made for elections to a Constituent Assembly that would prepare East Timor for independence expected in 2002.

Elections for an 88 member Constituent Assembly [ [http://www.un.org/peace/etimor/untaetR/reg20012.pdf United Nations] ] were held on August 30 2001, the second anniversary of the autonomy referendum, which resulted in a plurality of seats for the FRETALIN party. The Assembly nominated a transitional Council of Ministers [ [http://www.un.org/peace/etimor/untaetR/2001-28.pdf United Nations] ] the following month. The Council of Ministers had 24 members and was led by transitional Chief Minister .

The Constituent Assembly completed work on a draft constitution and this was promulgated in March 2002, [ [http://www.constitution.org/cons/east_timor/constitution-eng.htm constitution.org] ] the Assembly would serve as the parliament of East Timor following independence.

Presidential elections were held in April in which was elected president of a future independent East Timor.

East Timor became an independent state on May 20 2002.