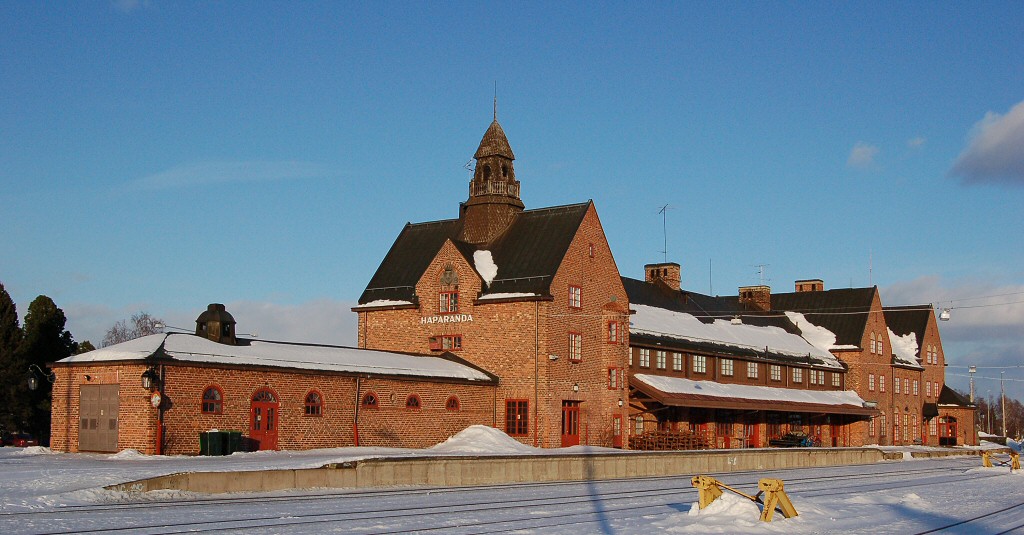 Haparanda is, despite its small population, for historical reasons often still referred to as a "city". , however, only counts localities with more than 10,000 inhabitants as cities.

The municipality itself, on the other hand, uses the term "Haparanda stad" (City of Haparanda) not only for the town itself, but for its whole territory (927 km²), a somewhat confusing usage.

When Sweden lost Finland in , the border was drawn along the Rivers Tornio and . The town of was on the Finnish side, thus becoming part of the within the . (Finland declared independence in 1917).

The Swedes started to develop a new town and Haparanda was made a market town ("") in and received its city charter in .

The impact of the Border

The relationships between the neighbouring towns have however always been friendly. A large portion of Haparanda's population speak both Swedish and Finnish. Today the two towns are closely interconnected economically and socially; they constitute a transborder conurbation marketed as "EuroCity". As Sweden and Finland are on different , the time in Haparanda is one hour behind Tornio.

Haparanda has a railway station, but it is no longer open for passenger trains. The station buildings were built to incoporate customs clearance facilities. During the only open route between Russia and Germany went here. During approximately 80,000 Finnish children were evacuated to Sweden. Many arrived in Sweden by rail at Haparanda.

An department store has been opened in the town on November 15, 2006 being the northernmost IKEA store in the world. Signage in the store is in both Swedish and Finnish, but prices are labelled in . All shops in Haparanda accept euros.

Haparanda has a few interesting buildings. A fine example is the quite famous needle-shaped watertower [http://upload.wikimedia.org/wikipedia/commons/thumb/8/89/Haparanda.jpg/347px-Haparanda.jpg] , which was built in 1920. The tower is no longer the towns provider of water, but it is still active as a heatingcenter, providing heat for Haparandas residents. The Haparanda church, built in 1967, was made to replace the previous church in Haparanda, which was destroyed in a fire in 1964.