Single infobox
Name = After You 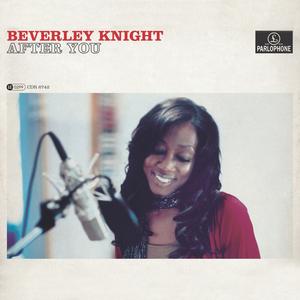 "After You" is the second single released from British Beverley Knight's fifth studio album, "". The radio edit of the song was produced by Pete Vale and has different production and vocals to the original album version, which was produced by Mark Nevers. It was released in the UK on , .

The single was confirmed for release in an interview with BBC Radio 4's Woman's Hour programme on 8 May, 2007 [ [http://www.bbc.co.uk/radio4/womanshour/ BBC Radio 4 announcement of "After You" as confirmed second single release] Retrieved 9 May, 2007] and the video for the song was premiered online on , .

Like previous single "No Man's Land", "After You" was added straight to the A-list at and was also the radio station's record of the week [ [http://www.bbc.co.uk/radio2/r2music/playlist/ BBC Radio 2 Playlist] Retrieved 18 June, 2007] . The song entered the UK airplay chart at number fifty, after only four days of radio play. The following week, "After You" rocketed up the airplay chart, climbing from number fifty to number seven, one of Knight's highest charting airplay singles to date and her biggest climb on the radio airplay chart. "After You" also became the most played single on , between , and , and the music video for the song charted at number-one in the TV airplay pre-release chart [ [http://www.musicweek.com/search.asp Radio and television chart position statistics for "After You"] Retrieved 18 June, 2007] .

"After You" is one of Knight's biggest commercial failures, missing the top seventy-five altogether, peaking at a lowly one-hundred and thirty-one. It is Knight's lowest chart position since the first issue of "" missed the top two-hundred and "" made one-hundred and twenty-four.