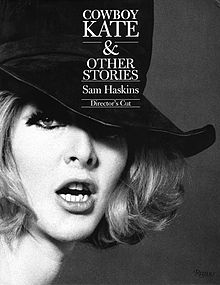 A director's cut is a specially edited version of a film, and less often TV series, music video, commercials, comic book or video games, that is supposed to represent the director's own approved edit. 'Cut' explicitly refers to the process of film editing: the director's cut is preceded by the rough editor's cut and followed by the final cut meant for the public film release.

Director's cuts generally remain unreleased to the public because, as far as film is concerned, with most film studios the director does not have a final cut privilege. The studio (whose investment is at risk) can insist on changes that they feel will make the film more likely to succeed at the box office. This sometimes means a happier ending or less ambiguity, but more often means that the film is simply shortened to provide more screenings per day. The most common form of director's cut is therefore to have extra scenes added, often making the "new" film considerably longer than the "original".

Origin of the phrase

Traditionally, the "director's cut" is not, by definition, the director's ideal or preferred cut. The editing process of a film is broken into three basic stages: First is the rough cut, which matches the script without any reductions. Second, the editor's cut, which is reduced from the rough cut, according to the editor's tastes. Third is the final cut, which actually gets released or broadcast. It is often the case that a director approves of the final cut, and even prefers it to the so-called earlier "director's cut." The director's cut may include unsatisfactory takes, a preliminary soundtrack, a lack of desired pick-up shots etc., which the director would not like to be shown.

Considering this definition, Alien: The Director's Cut, for example, is simply a misuse of the phrase. As Ridley Scott explains in the DVD insert, the 2003 cut of Alien was created at the request of 20th Century Fox, who wanted to re-release Alien in a form that was somehow altered or enhanced. Scott agreed, and settled on making an alternative cut of the film. He describes it simply as a second version that he is also satisfied with, even though the original released cut is still his preferred version. In contrast, the director's cut of Scott's Kingdom of Heaven (which was a commercial failure in its 2005 theatrical release) is the true version of the film Scott wanted, nearly an hour longer and has been met with more critical acclaim than the original version.

The trend of releasing director's cuts was first introduced in the early 1980s alongside the rise of the home video industry. Video releases of director's cuts were originally created for the small but dedicated cult fan market. Two of the first films to be re-released as a director's cut were Michael Cimino's Heaven's Gate (first aired on the Los Angeles cable station Z Channel) and Ridley Scott's Blade Runner.

When it was discovered that the market for alternative versions of films was substantial, the studios themselves began to promote "director's cuts" for a wide array of films, even some where the director already had final cut of the theatrical release. These were usually assembled with the addition of deleted scenes, sometimes adding as much as a half-hour to the length of the film without regard to pacing and storytelling. Such "commercial" director's cuts are seldom considered superior to the original film and in many cases, fans feel the films are diminished by the director's own ego or the studios' desire for revenue.

The director's cut is often considered a mixed bag, with an equal share of supporters and detractors. Roger Ebert approves of the use of the label in unsuccessful films that had been tampered with by studio executives[citation needed], such as Sergio Leone's original cut of Once Upon a Time in America, and the moderately successful theatrical version of Daredevil, which were altered by studio interference for their theatrical release. However, Ebert considers adding such material to a successful film a waste[citation needed]. Even Ridley Scott stated on the DVD commentary of Alien that the original theatrical release was his director's cut, and that the new version was released as a marketing ploy.

A related concept to the "Director's Cut" is that of an extended or special edition. An example is Peter Jackson's The Lord of the Rings trilogy. While Jackson considers the theatrical releases of those three films to be a final "director's cut" within the constraints of theatrical exhibition, the extended cuts were produced so that fans of the material could see nearly all of the scenes shot for the script to develop more of J. R. R. Tolkien's world, but which were originally cut for running time, or other reasons. New music and special effects were also added to the cuts. Opinion remains divided on which cut is superior; Peter Jackson and his writing partners, the main cast and WETA as a whole, regard the Extended Edition as the superior cut, while detractors[who?] believe such scenes were left out for a reason. Another example is Francis Ford Coppola's Apocalypse Now Redux, which, like the original film, polarized the audience, with some fans[who?] considering the original version to be the definitive cut.

In rare instances, such as Peter Weir's Picnic at Hanging Rock, John Cassavetes's The Killing of a Chinese Bookie and Blake Edwards' Darling Lili, scenes have been deleted instead of added, creating a shorter, more compact cut.

Extended or special editions can also apply to films that have been extended for television and video against the wishes of the director, such as the TV versions of Dune (1984) and the Harry Potter films, and the DVD editions of Ridley Scott films Gladiator, Black Hawk Down, and American Gangster.

More recently, a slightly different take on the re-cutting of films was seen in a 2006 revision of the 1980 film Superman II. Most releases that contain the label "director's cut" or "extended edition" include minor changes and/or scene additions not seen in a film's theatrical release, but that do not tend to greatly affect or change the plot, story or overall product. However the new version of the second Superman film (known as The Richard Donner Cut) restores as much of the original director's conception as possible, making it a considerably different picture. More than half of the footage filmed for Superman II by the originally credited director (Richard Lester) has been removed from the film and replaced with Donner footage shot during the original principal photography from 1977–1978. There are also several newly filmed shots and many new visual effects, and Richard Donner is credited as director of the film instead of Richard Lester. Another example of this is Brian Helgeland's Payback. Possibly the most infamous collection of cuts, edits, reversions and modifications to a single film falls to Caligula. The film exists in at least 10 different versions ranging from a sub-90 minute television edit version of TV-14 (later TVMA) for cable television to an unrated full XXX pornographic version exceeding 3.5 hours.

In video games, the term "director's cut" is usually used as a colloquialism to refer to an expanded version of a previously released game. Often, these expanded versions, also referred as "complete editions", will have additions to the gameplay or additional game modes and features outside the main portion of the game. As is the case with certain high-profile Japanese-produced games, the game designers may take the liberty to revise their product for the overseas market with additional features during the localization process. These features are later added back to the native market in a re-release of a game in what is often referred as the international version of the game. This was the case with the overseas versions of Final Fantasy VII, Metal Gear Solid and Rogue Galaxy, which contained additional features (such as new difficulty settings for Metal Gear Solid), resulting in re-released versions of those respective games in Japan (Final Fantasy VII International, Metal Gear Solid: Integral and Rogue Galaxy: Director's Cut). In the case of Metal Gear Solid 2: Sons of Liberty and Metal Gear Solid 3: Snake Eater, the American versions were released first, followed by the Japanese versions and then the European versions, with each regional release offering new content not found in the previous one. All of the added content from the Japanese and European versions of those games were included in the expanded editions titled Metal Gear Solid 2: Substance and Metal Gear Solid 3: Subsistence.

Several of the Pokémon games have also received director's cuts and have used the term "extension," though "remake" and "third version" are also often used by many fans. These include Pocket Monsters: Blue (Japan only), Pokémon Yellow, Pokémon Crystal, Pokémon Emerald, and Pokémon Platinum.

A full director's cut is shown on original 1998 release of The Wiggles' Toot Toot video.

In the advertisement industry, it is very common that a director delivers his or her perfect version of the spot. In the most cases, these special versions are never seen by the consumer, since the edits tend to be a little longer than the on-air versions. Mostly, the spots that are really catching the consumers' attention are director's cut commercials.

The music video for the 2006 Academy Award-nominated song Listen, performed by Beyoncé Knowles, received a director's cut by Diane Martel. This version of the video was later included on Knowles' B'Day Anthology Video Album (2007). Janet and Michael Jackson's Scream and Weezer's el Scorcho, both directed by Mark Romanek, and U2's One, directed by Anton Corbijn, also have director's cut versions. Linkin Park also has a director's cut version for their music video Faint (which was also directed by Mark Romanek) in which one of the band members spray paints the words "En Proceso" on a wall. Britney Spears' music video Gimme More was first released as a director's cut on iTunes, with the official video released 3 days later. Many other director's cut music videos contain sexual content that can't be shown on TV thus creating alternative scenes, and in some cases, alternative videos, such as in the case of Spears' 2008 video for Womanizer.