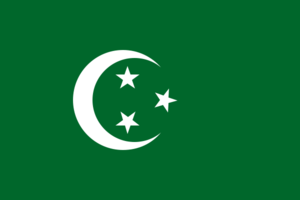 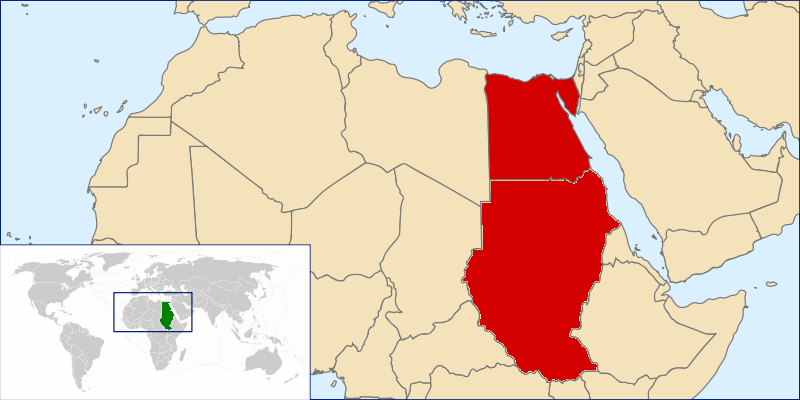 Prior to the Kingdom, Egypt had been occupied and controlled by the from roughly 1882, when European forces invaded to bolster the regime of the against rising nationalism. This marked the beginning of British military occupation of Egypt, which was still nominally a part of the at the time. In 1914 as a result of the declaration of war with the Ottoman Empire, Britain declared a Protectorate over Egypt and deposed the Khedive, replacing him with another family member, Hussein Kamil, who was made by the British.

The Monarchy was established and recognized by the British in 1922 in the person of , and struggled with the Wafd, a broadly based nationalist political organization strongly opposed to British influence, and the British themselves, who were determined to maintain control over the . Other political forces emerging in this period included the communist party (1925) and the (1928), which eventually became a potent political and religious force.

King Fuad died in 1936 and Farouk inherited the throne at the age of sixteen. Alarmed by 's recent invasion of , he signed the , requiring Britain to withdraw all troops from Egypt, except at the Suez Canal (agreed to be evacuated by 1949).

The kingdom was plagued by corruption and its citizens saw it as a puppet of the British. This, coupled with the defeat in the , led to a 1952 coup by a group of army officers called the . Farouk abdicated in favour of his infant son Fuad II. However, in 1953 the monarchy was formally abolished and the Arab Republic of Egypt was established.

Though Muhammad Ali and his descendants used the title of in preference to the lesser , this was recognized by the Ottoman Porte until 1867 when Sultan Abdul-Aziz officially sanctioned its use by and his successors. In contrast to his grandfather's policy of war against the Porte, Ismai'l sought to strengthen the position of Egypt and his dynasty using less confrontational means, and through a mixture of flattery and bribery, Ismai'l secured official Ottoman recognition of Egypt's virtual independence. This freedom was severely undermined in 1879 when the Sultan colluded with the Great Powers to depose Ismai'l in favor of his son Tewfik. Three years later, Egypt's freedom became little more than symbolic when invaded and occupied the country, ostensibly to support Khedive Tewfik against his opponents in 's nationalist government. While the Khedive would continue to rule over Egypt and Sudan in name, in reality, ultimate power resided with the British High Commissioner.

In defiance of the Egyptians, the British proclaimed Sudan to be an Anglo-Egyptian Condominium, a territory under joint British and Egyptian rule rather than an integral part of Egypt. This was continually rejected by Egyptians, both in government and in the public at large, who insisted on the "unity of the Nile Valley", and would remain an issue of controversy and enmity between Egypt and Britain until Sudan's independence in 1956.

In 1914, Khedive sided with the Ottoman Empire and the in the , and was promptly deposed by the British in favor of his uncle . The legal fiction of Ottoman sovereignty over Egypt, which had for all intents and purposes ended in 1805, was officially terminated, Husayn was declared Sultan of Egypt and Sudan, and the country became a British Protectorate.

Aftermath of World War I

A group known as the Delegation attended the to demand Egypt's independence. Included in the group was political leader, , who would later become Prime Minister. When the group was arrested and deported to the island of , a huge uprising occurred in Egypt.

From March to April 1919, there were mass demonstrations that became uprisings. This is known in Egypt as the First Revolution. British repression of the anticolonial s led to the death of some 800 people. In November 1919, the was sent to Egypt by the British to attempt to resolve the situation. In 1920, Lord Milner submitted his report to , the British , recommending that the protectorate should be replaced by a of alliance. As a result, Curzon agreed to receive an Egyptian mission headed by Zaghlul and to discuss the proposals. The mission arrived in in June 1920 and the agreement was concluded in August 1920. In February 1921, the British Parliament approved the agreement and Egypt was asked to send another mission to London with full powers to conclude a definitive treaty. Adli Pasha led this mission, which arrived in June 1921. However, the delegates at the 1921 had stressed the importance of maintaining control over the Suez Canal Zone and Curzon could not persuade his Cabinet colleagues to agree to any terms that Adli Pasha was prepared to accept. The mission returned to Egypt in disgust.

In December, 1921, the British authorities in imposed martial law and once again deported Zaghlul. Demonstrations again led to violence. In deference to the growing nationalism and at the suggestion of the , , the UK unilaterally declared Egyptian independence in 1922, abolishing the protectorate and establishing an independent . became prime minister. British influence, however, continued to dominate Egypt's political life and fostered fiscal, administrative, and governmental reforms. Britain retained control of the Canal Zone, and Egypt's external protection.

Representing the , Zaghlul was elected Prime Minister in 1924. He demanded that Egypt and Sudan merge. On , , the British Governor-General of Sudan, Sir , was assassinated in Cairo and pro-Egyptian riots broke out in Sudan. The British demanded that Egypt pay an apology fee and withdraw troops from Sudan. Zaghlul agreed to the first but not the second and resigned.

With nationalist sentiment rising, Britain formally recognized Egyptian independence in 1922, and Husayn's successor, Sultan Fuad I, substituted the title of King for Sultan. However, British occupation and interference in Egyptian affairs persisted. Of particular concern to Egypt was Britain's continual efforts to divest Egypt of all control in Sudan. To both the King and the nationalist movement, this was intolerable, and the Egyptian Government made a point of stressing that Fuad and his son King Farouk I were "King of Egypt and Sudan".

During World War II, British troops used Egypt as a base for Allied operations throughout the region, see . British troops were withdrawn to the Suez Canal area in 1947, but nationalist, anti-British feelings continued to grow after the war. On &ndash;, , a group of disaffected army officers (the "free officers") led by Lieutenant Colonel overthrew King Farouk, whom the military blamed for Egypt's poor performance in the 1948 war with . Popular expectations for immediate reforms led to the workers' riots in on , , which resulted in two death sentences. Following a brief experiment with civilian rule, the Free Officers abrogated the 1953 constitution and declared Egypt a republic on , . Nasser evolved into a charismatic leader, not only of Egypt but of the Arab world, promoting and implementing "."

The reign of Farouk was characterized by ever increasing nationalist discontent over the British occupation, royal corruption and incompetence, and the disastrous . All these factors served to terminally undermine Farouk's position and paved the way for the Revolution of 1952. Farouk was forced to abdicate in favor of his infant son Ahmed-Fuad who became King Fuad II, while administration of the country passed to the under and . The infant king's reign lasted less than a year and on , , the revolutionaries abolished the monarchy and declared Egypt a , ending a century and a half of the Muhammad Ali Dynasty's rule.