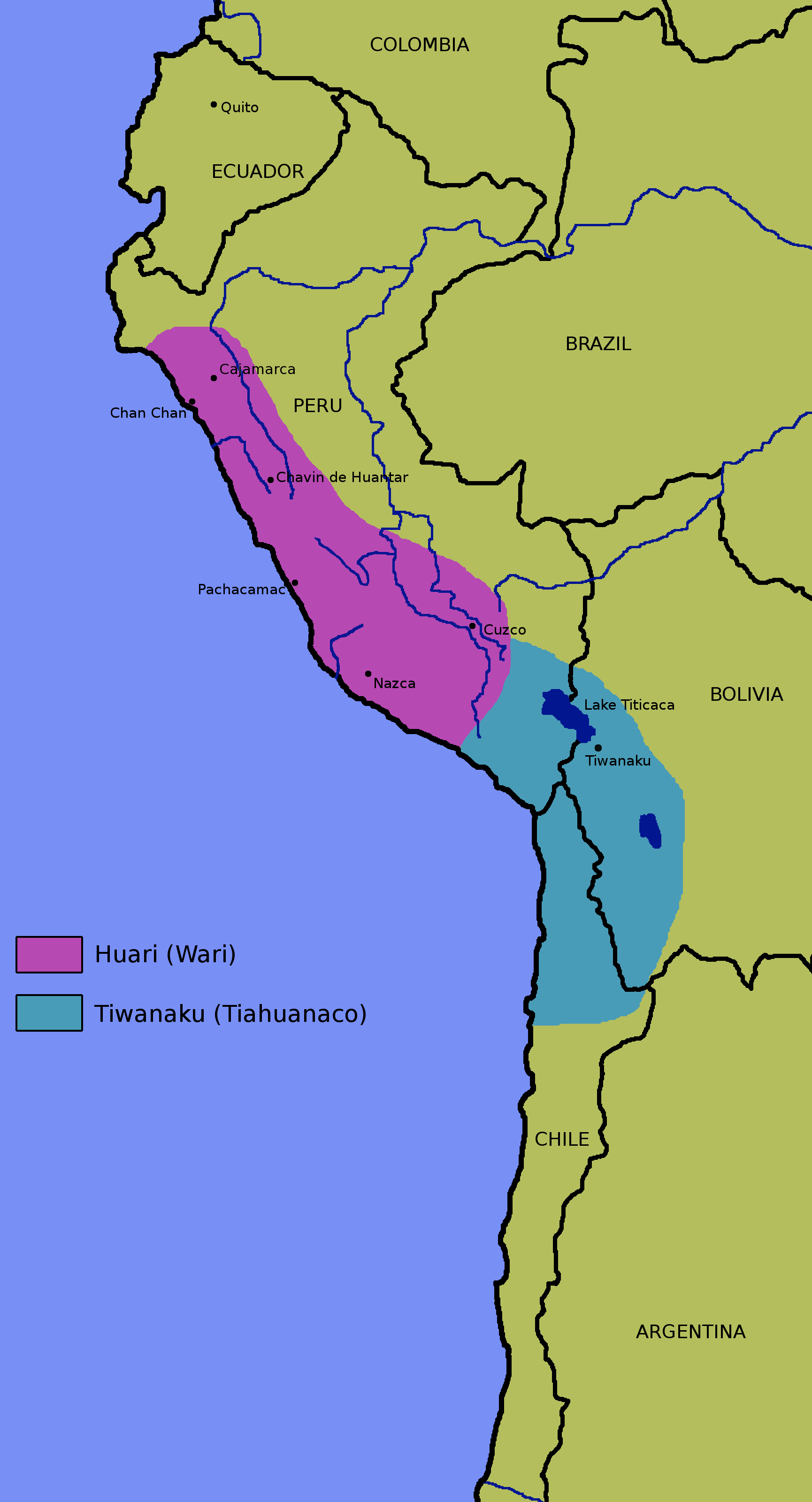 The Wari (Spanish "Huari") was a Middle Horizon civilization that flourished in the in the south of modern-day , from about to A.D. The capital city of the same name is located 25km north-east of the modern city of , Peru. This city was the center of a civilization that covered much of the highlands and coast of modern . Early on, their territory expanded to include the ancient oracle center of , though it seems to have remained largely autonomous. Later it expanded to include much of the territory of the earlier and later cultures. The best-preserved remnants of the Huari Culture exist near the town of Quinua at the Wari Ruins. Also well-known are the Wari ruins of Pikillaqta ("Flea Town") a short distance south-east of Cuzco "en route" to .

The Wari are historically important for a number of reasons. They were contemporaries of the polity to the south and shared certain stylistic traits. There is continued debate concerning the relationship between the two polities and it has been suggested that some of the iconographic similarities may be traced back to the earlier Pukara style (Isbell 1991).

The Wari state established architecturally distinctive administrative centers in many of its provinces - these centres are clearly different from the architecture of Tiwanaku, leading many scholars to stress the political independence of the two polities (Conklin 1991). While little is known about the details of the Wari administrative structure, as they did not leave behind any written records, the emphasis on homogeneous administrative architecture and evidence for significant social stratification suggests a complex socio-political hierarchy.

The Wari development of terraced field technology and investment in a major appear to have provided a significant legacy for the s when they began to expand several centuries later.

The Huari culture began to deteriorate around A.D., with the city being entirely abandoned by A.D.