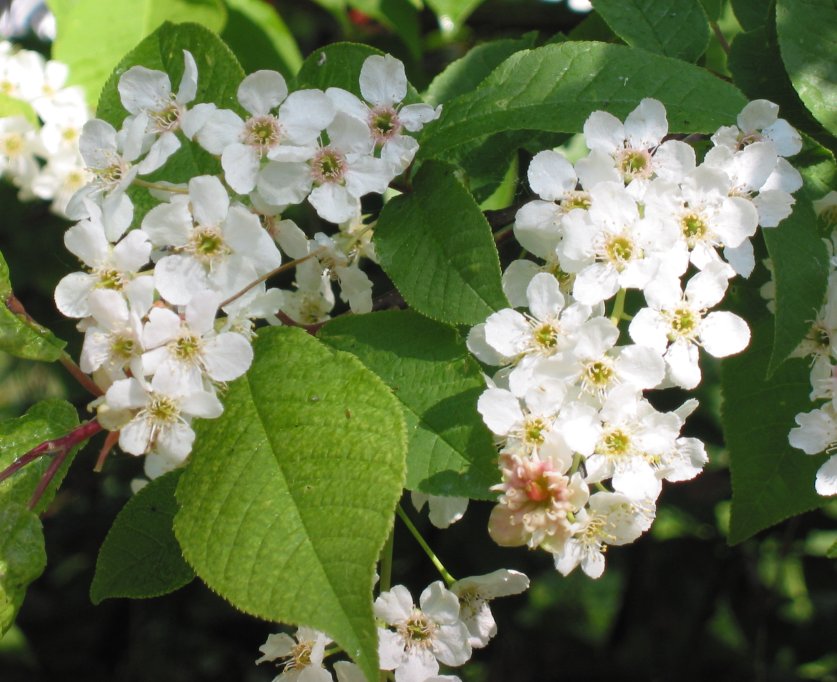 The Bird Cherry ("Prunus padus"; syn. Cerasus padus (L., "Prunus racemosa" Lam.) ) is a species of cherry, native to northern and northern , growing even north of the in Norway. It is the type species of the subgenus "Padus" with s in s, which are hermaphroditic and pollinated by bees and flies; it is a small or large 8-16 m tall.

The English name refers to the berries, which are and bitter, seldom used in Western Europe (but commonly eaten in Russia and elsewhere), readily eaten by s, which do not taste astringency as unpleasant. It was used medicinally during the Middle Ages, and the bark, placed at the door, was supposed to ward off the plague.

Another name is the Hagberry, and the fruit can be known as Hags.