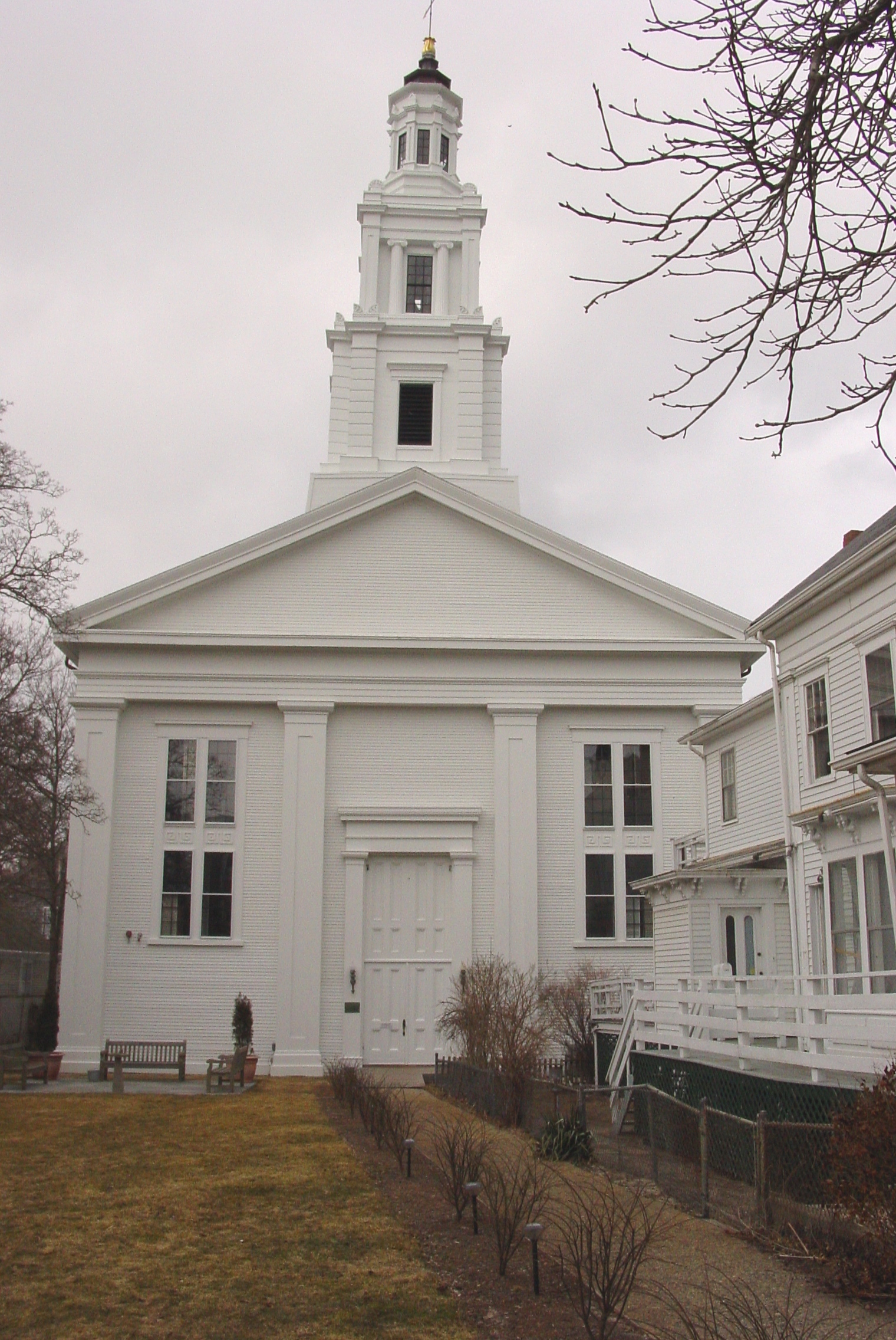 The First Universalist Church is the oldest church in Provincetown and was built in . Its "" tower is thought to have been inspired by that famous English architect. Now called the Unitarian Universalist Meeting House.

The church building is the current home of the Provincetown Public Library and former home of the town Heritage Museum.

The Provincetown Public Library building remains on the National Register after the library moved in 2005 to the Center Methodist Church above.