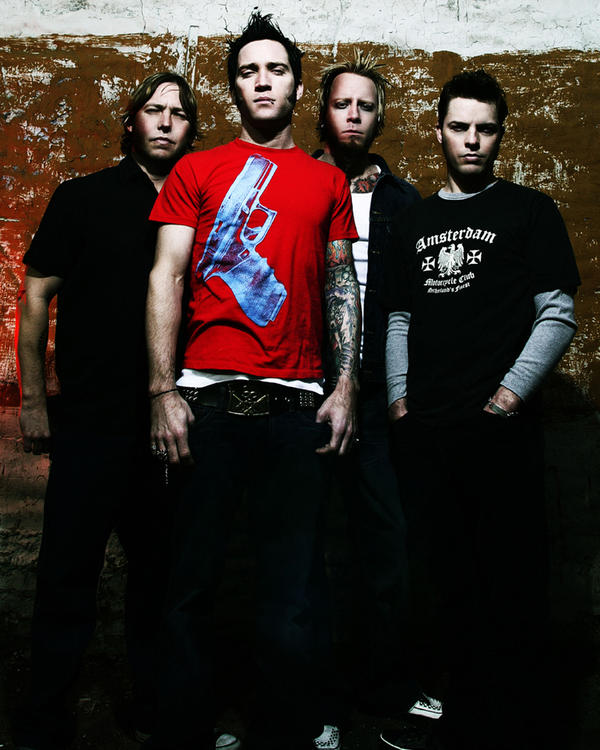 Lit is a band, based in Fullerton, . They had several hits singles in the late and early including , , Miserable, , , , , and .

The band was formed in 1990 as a metal-oriented band, under the name "Razzle", and gained a large following. A few years later, the group changed its name to "Stain", but due to another band owning the name, it changed its name to "Lit" in . The group shot to stardom with the platinum album "A Place in the Sun" in . "A Place In The Sun" yielded the smash single "," which held the number one position for three months, and received a Billboard Music Award for the biggest Modern Rock Song of 1999. It was followed by "" (which featured ) and "Miserable", the latter of which was among the top ten most played songs of 2000 and famously featured in the video. The band performed over 286 shows and toured worldwide in support of "A Place in the Sun". In addition to the and a coveted slot on , the band toured with , Garbage, and .

Lit followed up "A Place in the Sun" with the 2001 release of "Atomic" which gave the band another Top 10 hit with "Lipstick And Bruises", the album wasn't as successful as "A Place In The Sun". Lit toured to support "Atomic" with , and . The group asked to be released from their contract with RCA Records shortly after the release of "Atomic" due to RCA firing Lit's RCA label represenitive the day of "Atomic's" release. Lit went on a small, intimate club tour that Fall before releasing the self-titled "Lit" on the label on June 24, . The single "Looks Like They Were Right" made it on the top 40 charts but the album was again largely unsuccessful due to lack of promotion on the label's behalf. That year the group also put out its first long-form DVD called "All Access" on November 16, 2004.

In March 2006, "The Slidebar" restaurant/bar opened in Fullerton, California, of which the band are co-owners.

It was announced on May 5, 2008, that Lit's drummer Allen Shellenberger was diagnosed with a malignant brain tumor. He is currently undergoing treatment. His cancer was identified as , the same type that is affecting Senator . [ [http://findarticles.com/p/articles/mi_pwwi/is_200805/ai_n25443763 Allen Shellenberger, Drummer for Platinum Rock Band Lit, Diagnosed With Malignant Brain Tumor | Market Wire | Find Articles at BNET ] ]

On July 26, 2008, Lit held a benefit for Allen at House Of Blues in Anaheim, CA. A number of bands performed including and . drummer filled in for Allen on the drums for a few songs. Allen and Adrian also played at the same time for a few songs as well. The show was a great success.

On August 14, 2008, A. Jay and Allen were featured on DJ Rossstar's online show, there the band revealed they were working on "a few new ones." Although the band has not announced anything in regards to a new album release any time soon, they are working on re-releasing an updated version of their self-titled album in the near future, which A. Jay plans on releasing an exclusive Lit t-shirt off his brand new clothing line around the time of its release.