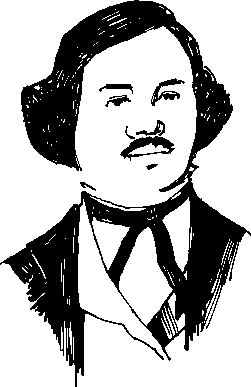 Stephen Bishop (1820?&ndash;1857) was a mixed race slave famous for being one of the lead explorers and guides to the Mammoth Cave in the of .

Stephen Bishop was introduced to Mammoth Cave in 1838 by his owner, Franklin Gorin, who purchased the cave from the previous owners in the spring of 1838. Gorin wrote, after Bishop's death:

"I placed a guide in the cave --- the celebrated and great Stephen, and he aided in making the discoveries. He was the first person who ever crossed the Bottomless Pit, and he, myself and another person whose name I have forgotten were the only persons ever at the bottom of Gorin's Dome to my knowledge.

"After Stephen crossed the Bottomless Pit, we discovered all that part of the cave now known beyond that point. Previous to those discoveries, all interest centered in what is known as the "Old Cave" . . . but now many of the points are but little known, although as Stephen was wont to say, they were 'grand, gloomy and peculiar.'

"Stephen was a self-educated man. He had a fine genius, a great fund of wit and humor, some little knowledge of Latin and Greek, and much knowledge of geology, but his great talent was a knowledge of man."

Bishop's tour outfit was chocolate-colored, , a green jacket, and striped pants. In his spare time he explored and named large areas, doubling the known map in a year. He began the naming tradition of the cave, using half-homespun American, half-classical terms (e.g., the River Styx, the Snowball Room, Little Bat Avenue, the Giant Dome). He discovered strange blind fish, snakes, silent crickets, and the remains of s along with centuries-old Indian workings.

In 1852, Bishop guided to Echo River. On the trip, Willis learned that despite knowing that he would be freed in five years, Bishop intended to buy his and his wife's and son's freedom and move to , a plan which never materialized.

Willis later said "he is very picturesque ... part mulatto and part Indian. With more of the physiognomy of a Spaniard, with masses of black hair, curling slightly and gracefully, and his long mustache, giving quite an appearance. He is of middle size, but built for an athlete. With broad chest and shoulders, narrow hips and legs slightly bowed. Mammoth Cave is a wonder in which draws good society and Stephen shows that he is used to it."

Some sources claim that in 1835, Bishop discovered the mummified body of a Native American in Mammoth Cave. However, Stanley Sides, historian laureate of Mammoth Cave, refutes this as one of many false legends about Stephen Bishop, possibly created as a promotional story by the commercial operators of Mammoth Cave during Bishops's time, or their successors. Such exaggerations as these are well attested in the form of outrageous claims in the surviving historical promotional literature (though, ironically, all of the patently false claims of Mammoth Cave's known length have since been outstripped by actual discoveries.) That the distortions exist may be telling: because such stories were distortions of conversations with people who really did know the man himself, an historical figure made . Alternatively, stories of real mummy discoveries are and were at all times delivered by guides to the public on the heels of stories of Bishop, so the stories may have become accidentally conflated.

The year of 1835 is too early, predating Bishop's presence at the cave. [http://www.rogerbrucker.com Roger W. Brucker] and Richard A. Watson, in "The Longest Cave" (Knopf, 1976) write: "In 1838, Stephen was put to work learning the routes in Mammoth Cave from Archibald Miller, Jr., and Joseph Shakelford, white guides who were sons of former guides." (p. 266).

Native American remains were indeed recovered from Mammoth Cave, or other nearby caves in the region, in both the 19th and 20th centuries, by 1813 on the early side (the "Short Cave Mummy.") Most mummies found present examples of intentional burial, with ample evidence of pre-Columbian funerary practice. An exception to purposeful burial was discovered when in 1935 (not 1835) the remains of an accidentally deceased adult male were discovered by and under a huge boulder. The boulder had shifted and settled onto the victim, a pre-Columbian miner, who had disturbed the rubble supporting it.

The remains of the ancient victim were dubbed "Lost John" and exhibited to the public into the 1970s, when they were interred in a secret location in Mammoth Cave for reasons of preservation as well as emerging political sensitivities with respect to the public display of Native American remains. (In the same regard, the old practice of assigning a fanciful name to archeological remains, such as "Lost John," is now considered by many to be presumptuous and insensitive.)

In 1993, the television program entitled "Mysteries Underground" depicted Stephen and his explorations in a historical re-enactment. The narrative asserts that "some archaeologists believe" that Bishop may have independently discovered the 1935 mummy, showing "Stephen"'s reaction to a fake skeleton shown with arm and skull protruding from underneath a large boulder, in the same configuration as the "Lost John" discovery more than 90 years later. The show abandons the discussion of Bishop at this point, and quickly segues into a discussion of the 1935 discovery.

To place the assertion in context, the same television segment depicts the reënactor as he examines pre-Columbian artifacts such as torch cane fragments and a footprint, with the narrative all but implying that Bishop was the first to discover evidence of pre-Columbian use of Mammoth Cave. This is clearly false, given the huge volume of such artifacts that are found throughout portions of Mammoth Cave well known from the time of its modern rediscovery in the 1790s, and extensively visited during the cave's heyday as a saltpetre resource.

However, it is quite likely that Bishop rediscovered many places in the cave that had not been disturbed since pre-Columbian visitors, and in so doing could lay legitimate claim to the original discovery of any Native American artifacts found in those locations. The fact that Stephen did not discover a mummy, as some have said, in no way detracts from his unprecedented achievements in cave exploration, especially under the vile condition of involuntary servitude.

Mammoth Cave historian Harold Meloy, in his monograph "Mummies of Mammoth Cave: Facts about the Mummies Found in Short Cave, Mammoth Cave, and Salts Cave, Kentucky" (1968) makes no mention of an 1835 mummy discovery, or indeed any mummy discovery at all during the period from Bishop's introduction to the cave to his death.

The Stephen Bishop mummy discovery story crops up in fiction within the pages of 's 2002 novel, "A Scattering of Jades", set in the year 1835. Perhaps it is from this source that the legend springs.

In 1839, Dr. of Louisville bought the Mammoth Cave Estate, including Bishop and its other slaves from their previous owner, . Croghan briefly ran an ill-fated hospital in the cave, the vapors of which he believed would cure his patients. A widespread epidemic of the period, tuberculosis would ultimately claim the lives of both Bishop and Croghan.

In 1842, Bishop was sent to Croghan's estate (Locust Grove, in Louisville) for two weeks to draw a map, from memory, of the cave system (see Mammoth Cave). The map was published in 1844 by Morton and Griswold as a pull-out insert in Alexander Clark Bullitt’s "Rambles in Mammoth Cave in the Year 1844 by a Visiter [sic] " (Morton and Griswold, 1845.) Unusually for a slave, Bishop was given full credit for his work. The Bishop map remained in use for over forty years.

Stephen's map is quite impressive, showing some 16 km of cave passages, half of which were discovered by the cartographer, Bishop. While the map does not represent a modern accurate instrumental survey, Bishop took some pains to indicate relative passage dimension and length, with cross shading to show water (as modern cave cartographers do.) The topology, if not the scale and orientation, of the map is accurate, that is, the indications of junction layouts correspond to reality in a way that some later celebrated maps do not. Beyond this, the Bishop map is the first to truly suggest, at a glance, the majestic scale of Mammoth Cave, especially its extraordinary degree of connectivity. In 160 years, Bishop's map has not lost the ability to inspire interest in both its subject and its source.

Incredibly, in 1972, when modern explorers discovered a connection between the Flint Ridge Cave system to the northeast and Mammoth Cave, they were astonished to discover that the Mammoth Cave end of the connection was actually indicated as a passage lead on Bishop's map. (It is seen as a long thin line branching off from the eastern end of the Echo River complex.) The construction in 1905 of a dam on the Green River in the interim caused the passage to be flooded (and therefore inaccessibly hidden by murky water) most of the time after the dam's completion, and the passage was rediscovered backwards, from its remote end, by cavers entering the Flint Ridge Cave System. Although he never knew its significance, Bishop had unwittingly shown the key to connecting two major components of the longest cave in the world, 130 years before the connection was made.

Agent on the Underground Railroad?

Some sources suggest that during the period of the , Bishop used the cave to hide slaves heading north to cross the . Few corroborating sources are available and at present it is not possible to verify this claim.

Stephen Bishop was freed in 1856, seven years after the death of his owner, in accordance with Dr. Croghan's will. Stephen died on June 15, 1857, according to the date on his tombstone, before he could carry out his life's dream of buying the freedom of his wife and son and traveling to . His expressed life’s dream of traveling to Liberia may have been “politically correct” talk to convey an impression of personal ambition in a non-threatening way to white visitors.

Ironically, Croghan's life was claimed by , which Croghan had hoped to eradicate using the cave's environment.

Stephen's wife, the former Charlotte Brown, was reunited with her brother Jim Brown prior to her death in 1897. As a widow, she became the wife of cave guide Nick Bransford, who died in 1894.

Stephen was buried on the south hill above the cave in what became known as “The Old Guides' Cemetery.” According to Mammoth Cave Historian Harold Meloy (“Stephen Bishop: The Man and the Legend”, in Caves, Cavers, and Caving, Bruce Sloane, Editor, 1977, pp 290-291), James Ross Mellon, president of the City Deposit Bank, Pittsburgh, PA, visited the cave for one week in November, 1878. He heard charming stories of Stephen Bishop, and he met Charlotte, who then managed the hotel dining room. She led him to Stephen’s gravesite, “which had only a cedar tree to mark it.” Mellon promised to have a headstone carved for Stephen’s grave. Three years after Mellon returned home to Pittsburgh he remembered his promise to Charlotte. He arranged for a monument carver to prepare the stone. In 1881 a stonemason used a second-hand tombstone that a Civil War soldier’s family had not paid for, he chiseled off the original name and placed an inscription that read,

The stone was shipped to the cave and installed on Stephen’s grave. According to Harold Meloy, “The error in the date of death [1859 vs. 1857] detracted nothing from the legend now reinforced by a permanent record in stone.”