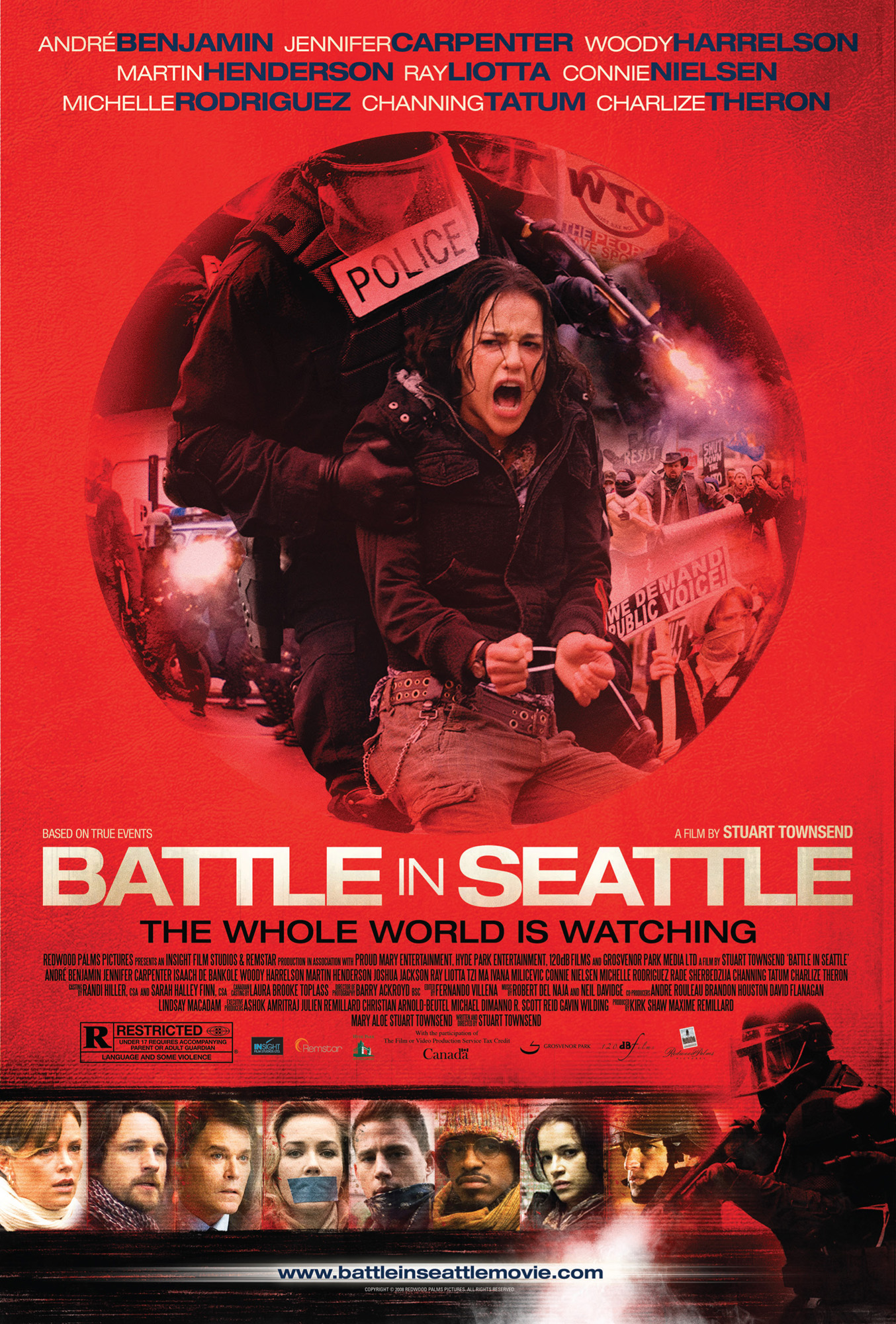 "Battle in Seattle" is a 2008 film and the directorial debut of actor . It is based on the .

Thousands of activists arrive in in masses to protest the (). The movie takes an in-depth look at characters during those five days in 1999 as demonstrators protested the meeting of the WTO in Seattle's streets. Although it began as a peaceful protest with a goal of stopping the WTO talks, it escalated into a full-scale riot and eventually, a that pitted protesters against the and the National Guard.

The film received mixed reviews from critics, earning a 55% positive rating from numerous reviews on review aggregator site asof|2008|October. The critical consensus was that the film, though "well-intentioned and passionate", had stronger political content than characters.

Miscellaneous
*imdb title|id=0850253|title=Battle in Seattle
* [http://www.rottentomatoes.com/m/battle_in_seattle/ "Battle in Seattle"] 's rating on RottenTomatoes
* [http://akpress.org/2008/items/battleofseattleakpress "The Battle of the Story of the 'Battle of Seattle'"]
* [http://www.democracynow.org/2008/9/18/battle_in_seattle_with_a_list|"Interview with Director of film and key organizer of WTO protest"]
* [http://www.realbattleinseattle.org/about_the_film|"WTO protest participants respond to film"]
* [http://www.corrugate.org/this_is_what_democracy_looks_like/this_is_what_democracy_looks_like "This is What Democracy Looks Like"] - Documentary released in 2000 cut from the footage of over 100 media activists
* [http://www.bostonherald.com/entertainment/movies/reviews/view.bg?articleid=1121490 Boston Herald] 'Seattle' charges into gripping street battle - review by Stephen Schaefer.