The Royal Aircraft Factory S.E.5 was a British biplane fighter aircraft of the First World War. Although the first examples reached the Western Front before the Sopwith Camel and it had a much better overall performance, problems with its Hispano-Suiza engine, particularly the geared-output H-S 8B-powered versions, meant that there was a chronic shortage of S.E.5s until well into 1918 and fewer squadrons were equipped with the type than with the Sopwith fighter. Together with the Camel, the S.E.5 was instrumental in regaining allied air superiority in mid-1917 and maintaining this for the rest of the war, ensuring there was no repetition of "Bloody April" 1917 when losses in the Royal Flying Corps were much heavier than in the Luftstreitkräfte. 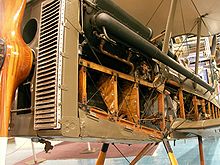 A squadron of S.E.5a aircraft. The wartime censor has scratched out serial numbers leaving the much more revealing squadron markings (those of No. 32 Squadron RAF)

The S.E.5 (Scout Experimental 5) was designed by Henry P. Folland, John Kenworthy and Major Frank W. Goodden of the Royal Aircraft Factory in Farnborough. It was built around the new 150 hp (112 kW) Hispano-Suiza 8a V8 engine that, while providing excellent performance, was initially under-developed and unreliable. The first of three prototypes flew on 22 November 1916. The first two prototypes were lost in crashes (the first killing the chief test pilot at the Royal Aircraft Factory, Major F. W. Goodden on 28 January 1917) due to a weakness in their wing design. The third prototype underwent modification before production commenced; the S.E.5 was known in service as an exceptionally strong aircraft which could be dived at very high speed - the squarer wings also gave much improved lateral control at low airspeeds.

Like the other significant Royal Aircraft Factory aircraft of the war (B.E.2, F.E.2 and R.E.8) the S.E.5 was inherently stable, making it an excellent gunnery platform, but it was also quite manoeverable. It was one of the fastest aircraft of the war at 138 mph (222 km/h), equal at least in speed to the SPAD S.XIII and faster than any standard German type of the period.

While the S.E.5 was not as agile and effective in a tight dog fight as the Camel it was much easier and safer to fly, particularly for novice pilots. The S.E.5 had one synchronised .303-in Vickers machine gun to the Camel's two, but it also had a wing-mounted Lewis gun on a Foster mounting, which enabled the pilot to fire at an enemy aircraft from below as well as providing two guns firing forward. This was much appreciated by the pilots of the first S.E.5 squadrons as the new hydraulic-link "C.C." synchronising gear for the Vickers was unreliable at first. The Vickers gun was mounted on the forward left dorsal surface of the fuselage with the breech inside the cockpit. The cockpit was set amidships, making it difficult to see over the long front fuselage, but otherwise visibility was good. Perhaps its greatest advantage over the Camel was its superior performance at altitude – so that it was a much better match for the Fokker D.VII when that fighter arrived at the front.

Only 77 original S.E.5 aircraft were built before production settled on the improved S.E.5a. The S.E.5a differed from late production examples of the S.E.5 only in the type of engine installed - a geared 200 hp Hispano-Suiza 8b, often turning a large clockwise-rotation four-bladed propeller, replacing the 150 hp model. In total 5,265 S.E.5s were built by six manufacturers: Austin Motors (1,650), Air Navigation and Engineering Company (560), Curtiss (1), Martinsyde (258), the Royal Aircraft Factory (200), Vickers (2,164) and Wolseley Motor Company (431).[2] A few were converted as two-seat trainers and there were plans for Curtiss to build 1,000 S.E.5s in the United States but only one was completed before the end of the war. At first, airframe construction outstripped the very limited supply of French-built Hispano-Suiza engines and squadrons earmarked to receive the new fighter had to soldier on with Airco DH 5s and Nieuport 24s until early 1918. The troublesome geared "-8b" model of the "Hisso" V8 was prone to have serious gear reduction system problems, sometimes with the propeller (and even the entire gearbox on a very few occasions) separating from the engine and airframe in flight.

The introduction of the 200 hp (149 kW) Wolseley Viper, a high-compression, direct drive version of the Hispano-Suiza 8a made under licence by the Wolseley Motor Company, solved the S.E.5a's engine problems and was adopted as the standard powerplant.

About 38 of the Austin-built S.E.5as were assigned to the American Expeditionary Force with the 25th Aero Squadron getting its aircraft (mostly armed only with the fuselage-mounted Vickers gun) at the very end of the war.

The S.E.5b was a variant of the S.E.5 with a streamlined nose and wings of unequal span and chord. The single example, a converted S.E.5a first flew in early April 1918. It had a spinner on the propeller and a retractable underslung radiator. The S.E.5b was not a true sesquiplane - as the lower wing had two spars. Its performance was little better than the S.E.5a - the increased drag from the large upper wing seems to have cancelled out any benefit from the better streamlined nose. The S.E.5b was not considered for production; probably it was always intended mainly as a research aeroplane. In January 1919 it was tested with standard S.E.5a wings and in this form survived as a research aircraft into the early twenties. 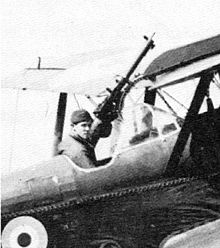 Albert Ball seated in an early S.E.5 with original windscreen and high seating position - compare with picture opposite 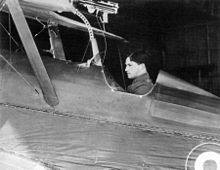 Albert Ball in the cockpit of his S.E.5. Note the more conventional seating position and smaller windscreen, typical of production S.E.5s

The S.E.5 entered service with No. 56 Squadron RFC in March 1917, although the squadron did not deploy to the Western Front until the following month, among other reasons so that the very large and unpopular "greenhouse" windscreens could be replaced with small rectangular screens of conventional design. Pilots also disliked the original high seating position, designed to improve vision over the upper wing, preferring to sit lower (and more comfortably) in the cockpit. The squadron flew its first patrol with the S.E.5 on 22 April.[3] While pilots, some of whom were initially disappointed with the S.E.5, quickly came to appreciate its strength and fine flying qualities, it was universally held to be under-powered and the more powerful S.E.5a began to replace the S.E.5 in June.

At this time 56 Squadron was still the only unit flying the new fighter; in fact it was the only operational unit to be fully equipped with the initial 150 hp S.E.5 – all other S.E.5 squadrons officially used the 200 hp S.E.5a from the outset - although a few S.E.5s were issued to other squadrons due to an acute shortage of the S.E.5a. This shortage resulted in a very slow initial build up of new S.E.5a squadrons, and lasted well into 1918. Once the Wolseley Viper powered model became plentiful many more units re-equipped, until by the end of the war the type was employed by 21 British Empire squadrons as well as two U.S. units. Many of the top Allied aces flew this fighter including Billy Bishop, Andrew Beauchamp-Proctor, Edward Mannock and James McCudden. Legendary British ace Albert Ball was initially disparaging of the S.E.5 but in the end claimed 11 of his 44 victories flying it. McCudden wrote of the S.E.5 "It was very fine to be in a machine that was faster than the Huns, and to know that one could run away just as things got too hot."

Sholto Douglas who commanded No. 84 Squadron RFC which was initially equipped with the S.E.5a, listed the type's qualities as:

The Shuttleworth Collection's SE5a at Farnborough 1962, then painted as D7000

An original S.E.5e may be seen in the National Museum of the United States Air Force at Dayton, Ohio, USA. The museum acquired the S.E.5e through a donation by the estate of Lt. Col. William C. Lambert, USAF Ret,. a First World War ace with 21.5 victories. Lambert flew the S.E.5a as an American member of the Royal Flying Corps and the Royal Air Force. The Air Force Museum Foundation also helped buy the aircraft. It is painted to represent an S.E.5e of the 18th Headquarters Squadron, Bolling Field, Washington, D.C., in 1925.[6]

Two full scale replica S.E.5a aircraft were built by Miles Aircraft in 1965 for use in film making and were transferred to the Irish civil aircraft register in 1967 whilst the two were employed in flying scenes. Both were destroyed in crashes in Ireland during 1970. 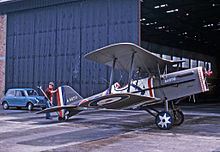 Three very faithful reproductions (designated Se.5a-1) were built by The Vintage Aviator Limited in New Zealand and these fly from Hood Aerodrome, Masterton. Another SE5a project was started in the UK in the 1980s by John Tetley and "Bill" Sneesby. The machine, built using original plans was transferred to The Memorial Flight (based at La Ferte Alais, in France) to be completed and flown. Some parts are original such as the engine, instruments and fuel tank and the machine is painted in the colours of Lt. H. J. 'Hank' Burden of 56 Squadron as of April 1918. 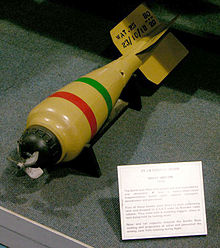 Notable pilots of the S.E.5