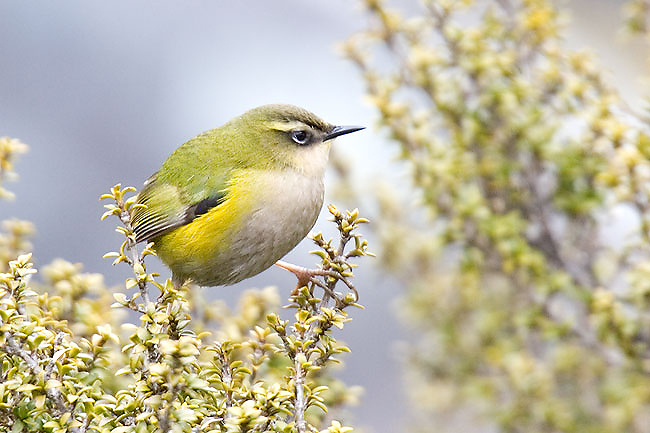 The Rock Wren, ("Xenicus gilviventris"), is a small (family Acanthisittidae) endemic to the of . It is sometimes known as the South Island Wren, a name used to separate it from the unrelated of North America. While the species is currently restricted to areas of the South Island, evidence indicates it was once present on the as well. It is the rarer of the two surviving species of New Zealand wrens and is threatened by introduced mammals.

The Rock Wren is the only surviving species in the "Xenicus", and is thought to have been closely related to the formerly more widespread . Like the Bush Wren and the Rifleman it is a poor flier, rarely flying more than two metres off the ground and for distances more than 30m. It is highly terrestrial, feeding in low scrub and open scree and rockfalls in alpine areas.