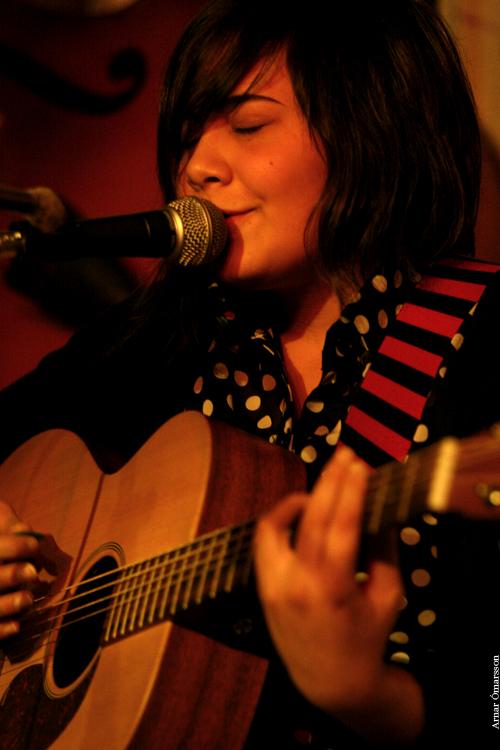 Lovísa was born in to a n father and an ic mother. At a young age she moved to where she has lived since. She began taking piano lessons as a child but as a teen she started playing electric bass and . Since then she has played with many local bands. She joined the band Benny Crespo's Gang playing / and . It was then when she first started to use her voice.

It has been a very rapid rise in the music scene for Lovísa. In a few months after her discovery she has released an album and already sold gold in Iceland two months after its release. [cite news
url = http://www.bylarm.no/artists/nor/view/86/lay_low_presented_by_iceland_airwaves
title = Lay Low presented by Iceland Airwaves
accessdate = 2007-04-04
publisher = by:Lars
date = 2007-01-05] Lay Low was for four of the 2006 Icelandic Music Awards, and won two; Best female singer and best . She was also voted by the nation through phone election as the most popular artist of 2006. [cite news
url = http://www.tonlist.is/Article.aspx?id=271
title = Icelandic Music Awards 2006
accessdate = 2007-04-04
publisher = Tónlist.is
date = 2007-01-21]