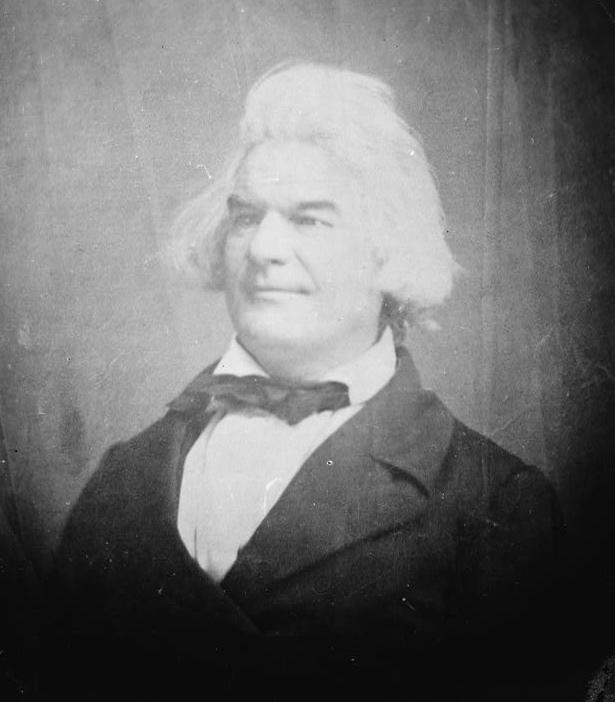 Andrew Pickens Butler (, &ndash; , ) was an American statesman and one of the authors of the .

Butler remained a state judge until 1846, when he was appointed to the as a States' Rights Democrat. He was re-elected (by the South Carolina legislature) in 1848 and again in 1854, and he served as a Senator for the rest of his life. He was the chairman of the during most of his tenure.

Butler was an ardent advocate of slavery. His most significant legislative accomplishment may have been co-authorship with of the of 1854. The act provided for greatly desired westward expansion, but in order to gain Southern support, undermined the Compromise of 1820.

However, Butler's senatorial career is most noted for an event at which he was entirely absent. Senator of Massachusetts, in the course of his "Crime Against Kansas" speech 19&ndash;20 May 1856, denigrated South Carolina and abused Butler in terms widely considered to exceed parliamentary propriety. Sumner likened Butler to and, regarding , said Butler "has chosen a mistress to whom he has made his vows, and who, though ugly to others, is always lovely to him; though polluted in the sight of the world, is chaste in his sight. I mean the harlot, Slavery." He attacked Butler "" ("The senator touches nothing which he does not disfigure") and mocked an aged infirmity ("With incoherent phrases discharged the loose expectoration of his speech").

Butler's kinsman, South Carolina Congressman resented this as an attack on family honor. Two days after the speech, guided by his interpretation of the Code Duello, Brooks soundly thrashed Sumner on the Senate floor with a cane. Butler later suggested that if present during the speech, he would have called Sumner to order, hoping to prevent further offense.

Butler has not left a strong historical mark. U. R. Brooks noted that biographical material to write from was scanty, and that Butler's power lay in his own presence with "grand gifts of eloquence, action, pathos, and convincing argument." Ellet wrote "Senator Andrew Pickens Butler was conceded to be the most unique and original intellect in the Senate. His face, though not handsome, was sturdily expressive, with massive features and 'troubled, streaming, silvery hair, that looked as though it had been contending with the blasts of winter'.... His power as a speaker stood acknowledged in the admiration of both Houses.... Like all men of impetuous impulse, he was very restless; one moment pacing to and fro the space behind the Speaker's desk, another giving the grasp of his hand to some younger Senator, the next taking active part in the debates of the day.... The moment a question was submitted to him, his mind instinctively applied all the great principles."

is named for him. His brother and his nephew also served in the United States Congress.