Command Data Buffer (CDB) was a system used by the United States Air Force's Minuteman ICBM force. CDB was a method to transfer targeting information from a Minuteman Launch Control Center to an individual missile by communications lines. Prior to CDB, new missile guidance would have to be physically loaded at the launch facility; the process usually took hours. 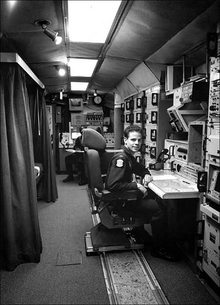 CDB was replaced in the late 1990s by the Rapid Execution and Combat Targeting system, currently in use by United States ICBM forces.[2]